Okay, not “horrors” per se, but a couple of artifacts that redefine “useless” for the 21st century.

Really, stopping at wicker would be just fine, it doesn’t get more useless than wicker. But for completion, a wicker guitar. 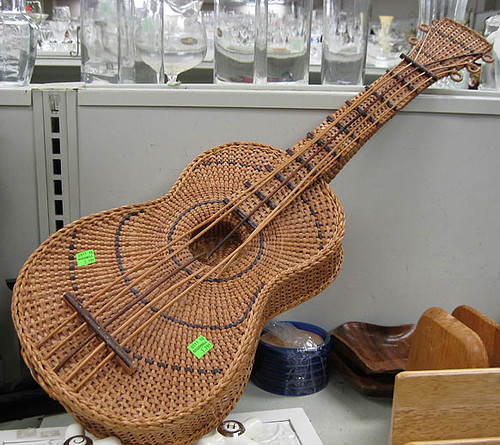 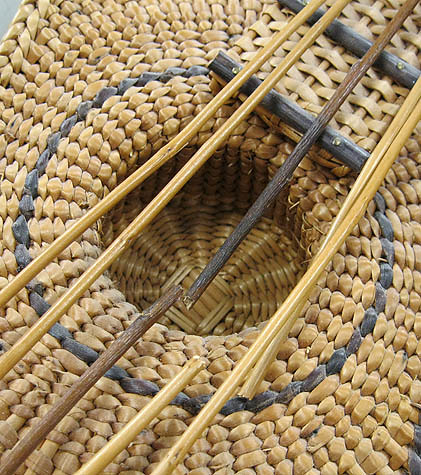 It must have broke during the owner’s absolutely smoking take on Hendrix’s “Purple Haze” at last year’s Marleyfest. Which was, to be fair, amazing. But you try to find replacement twigs for an original 1970 Gibson MK10 “Thatchmaster”? It can’t be done. I can understand why they donated it. 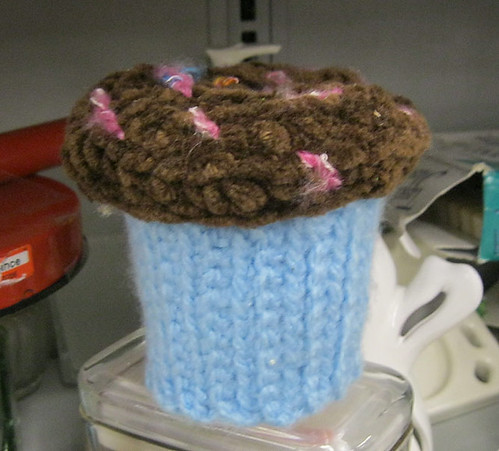 With what must be feathers embedded in its icing. I find the overall effect to be somewhat like an elderly woman wearing a deflated hat who has just walked under a mulberry tree and doesn’t know her chapeau is covered with fuzzy pink caterpillars. Someone should point that out to her.

Regardless, the raw cupcakeness of this item is pretty suspect. It’s the semifinalist round on “1-2-3-CRAFT!”‘s five-minute macrame challenge, and the cupcake just took 3rd-place to a doll made out of toilet paper tubes and a shell-art merry-go-round. And the judges, well, they made the right decision.

This episode of Filler Friday brought to you by the Goodwill on Metric and 183 (guitar) and 2222 and Lamar (cupcake). With apologies. Next week…uh…next week will be a whole lot of pooh.