Do not adjust your set. 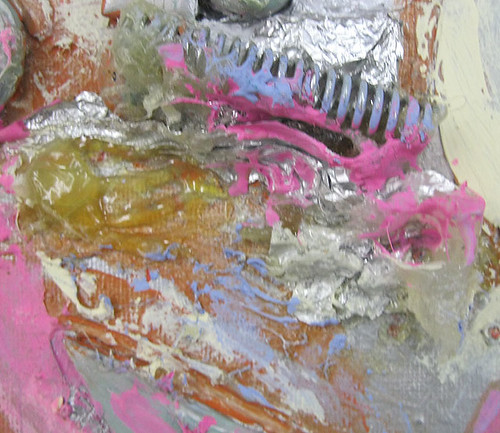 Not too many people are bold enough to work in tinfoil, chewing gum, snot and industrial springs this decade. I understand gum and hardware was a major art movement in France in the 1940s, before the abstract expressionists ruined it by throwing great buckets of paint all over everything. It really destroyed the subtlety of the mucus. Tragic, really. 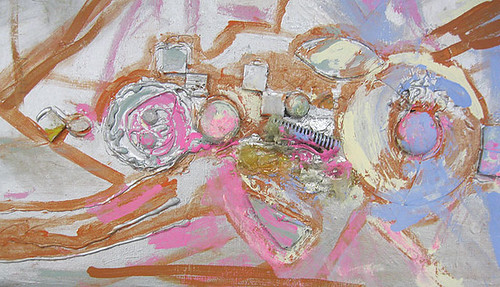 I understand this was loosely based on the artist’s relationship with his mother, and loosely based on Chernobyl, with just a little bit of inspiration from the amazing Lithuanian gold-medal discus throw at the Athens Olympics. Just look at that strong sense of motion. The athlete’s muscles bunching and coiling like…oh, never mind.

We are not ruling out the possibility that this is a deeply errant attempt to raise awareness for National Breast Cancer Prevention month, but we would ask that the artist strictly limit himself to little pink ribbons in the future.

The camera pauses for a moment, and zooms back to reveal the grandeur of…hmm. I think we’re back to Chernobyl again, or some other blasted, hellish wasteland, the conceptual opposite of a treasure map, roads that lead only to…pink. 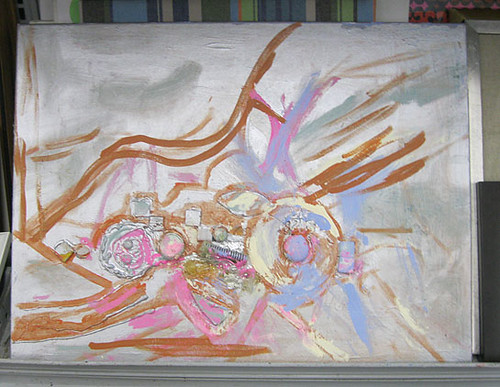 One Response to “Do not adjust your set.”