Bear with me here.

The sad thing about this first guy is not so much that it’s a teddy bear made out of shells…now, that in itself is sad, because teddy bears are by their nature cute and cuddly, and making one out of cold, sharp-edged crunchy things that, when they break, become even sharper is a bit of a cruel joke. No, the sad thing is that I’ve had him sitting for years in my photo slushpile because someone else made a post about him. This means that, in this increasingly harsh and unfair universe, there’s two of these things. 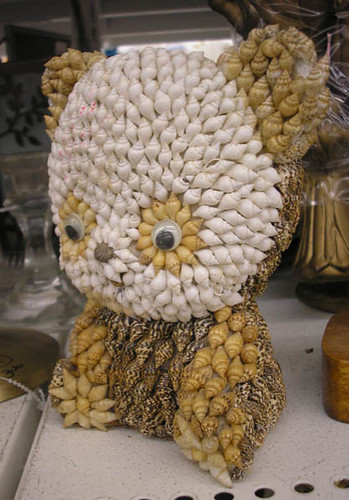 Much about this guy reminds me of a picture collection done by the deeply disturbed. The way his eyes sit in nests of jagged concentric spikes speak volumes, or at least chapters, of A Book of Crafts for the Obsessive-Compulsive. The googly eyes seem a little bit of a cheat, though, as if they really wanted to be made of tinier shells, or little periwinkles leading you ever deeper into the bear’s gaze, coiling tighter and tighter into twin spires of madness. Or some such. 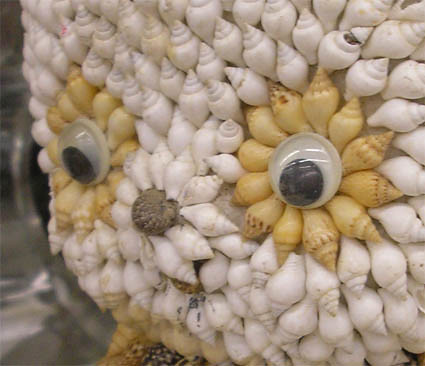 Next guy…not really a “horror,” but I can’t feel that somehow he’s…not like all the other bears. Although he seems intensely eager to come home with you. 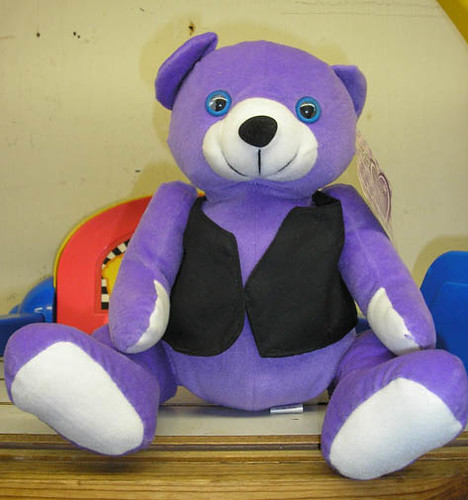 Although I guess that depends on how you define “bears.” Certainly, there are a number of entities called “bears” that may wear fetching, and fairly snug, black vests. Though in Austin they tend to wear bright Hawaiian shirts. So, perhaps he is like some of the bears. Certainly, some of the lavender bears. I’m not judging, here. 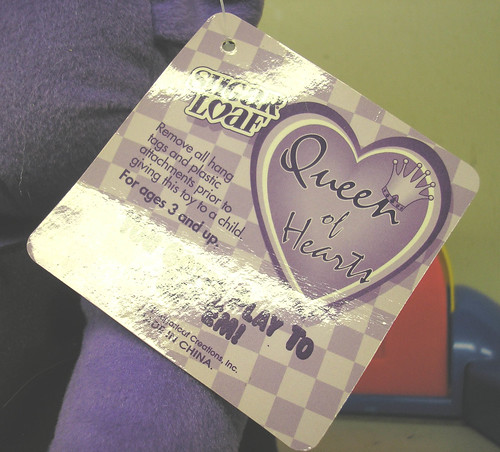 Though I will judge “sugarloaf.” It seems more “inanimate and prostrate” than “cute and cuddly.” Maybe that’s just me.

Shellbear from the Savers on South Lamar, “Sugarloaf” from the Goodwill near Anderson Mill, Austin

One Response to “Bear with me here.”