Don’t worry about the dog. The vet assures us that the final stages are relatively painless. 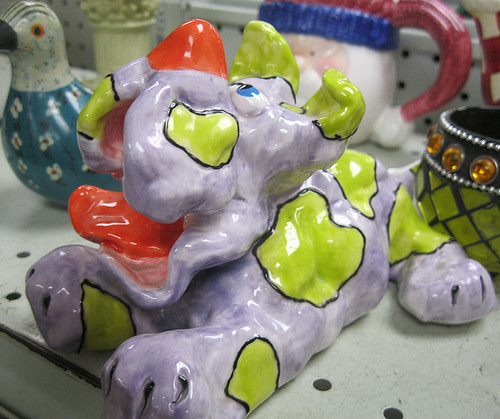 At least, painless to the dog. The viewing audience may have a different opinion.

I’m not sure why any artist would, upon commencing a sculpture of a great dane, would say “Sherbet!” But, there you go. The only great dane available in a whimsical combination of grape and lime.

Though really, that mouth looks more like a Frank Herbert-esque Sandworm than any sort of canine. He could totally wrap those jowls around a prize-winning watermelon. I’m not sure where to go with that image, so I’ll just leave it there on the floor for the night staff to clean up. 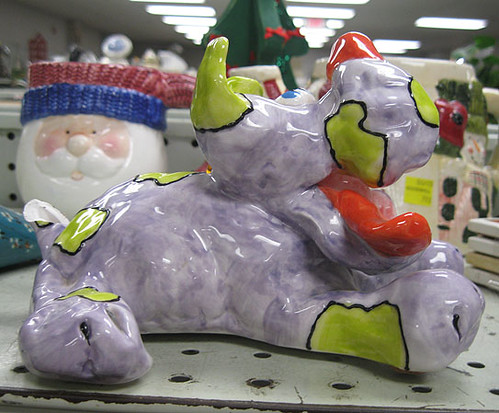 Really, if Gahan Wilson could design his own housepets, he’d get this little guy. The three-week-old banana of the Cruft dogs show. He may actually be breed standard for the Greater Louisiana Flap-lipped Phlemhound, but until the powers that be recognize the breed–and they only just now got around to recognizing the Mexican Hairless–we’ll have to wait for him to place in the “disgusting and slime-coated” category.

One Response to “Now with leprosin!”