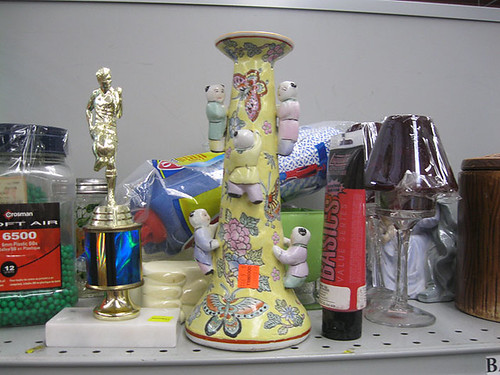 Exhibit “B” apparently–The Possibly the hot new “be cruel to your contestants” game show? Possibly a dedicated team of 5th century China entomologists climbing their way toward lepidopterist fame and glory, scaling a treacherously narrow tree-mountain-chimney to find the marvelous three-foot-wide Emperor Butterfly. Possibly a metaphor for the fundamental futility of living too much in the future, rather than embracing the “now” of the task, much like Sisyphus rolling a boulder uphill, or following leftist politics.

The sad thing is, the joke is, entirely, on them. Once they reach the top, they’re dealing with the world’s largest squirrel baffle, and won’t they be surprised! 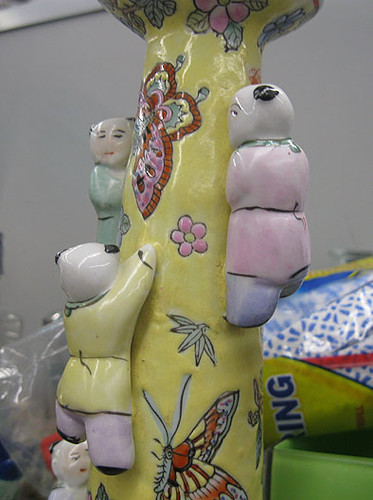 These sad, lumpy men are in sharp contrast to the glorious Emperor butterfly. Whereas the butterfly is tricked out in magnificent detail, every scale on its wing lovingly painted, the little guys climbing it are weird, amorphous little proles, each one like a panda wearing a “stay-puft marshmallow man” costume. In truth, it does not matter which one makes it to the top of this tower of tragedy. There are no winners in candlestick-climbing, because everyone climbing the candlestick loses their identity to the mad crazy candlestick frenzy. Perhaps it is you climbing the candlestick. Perhaps it is me. Actually, I know it is not me, because I’m holding the camera. It does not matter, because, well, because of the damned squirrel baffle.