Oh, but we had a special day in late June. Some nice person had unloaded something like a dozen of finger-painted, crazy-coat ceramic masterpieces on the 2222 Goodwill. Each of them was a special flower. But some of them…some of them were just specialer. 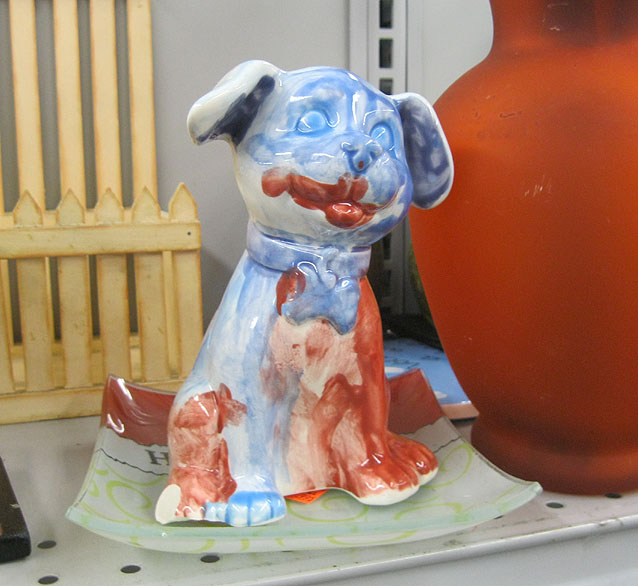 It’s like the titular character from Blue’s Clues finally gave up on teaching kids to count and solve simple problems, and went forth to end it all in a storm of blood and glory. Obviously, Nickelodean is a much edgier network than I ever gave them credit for. 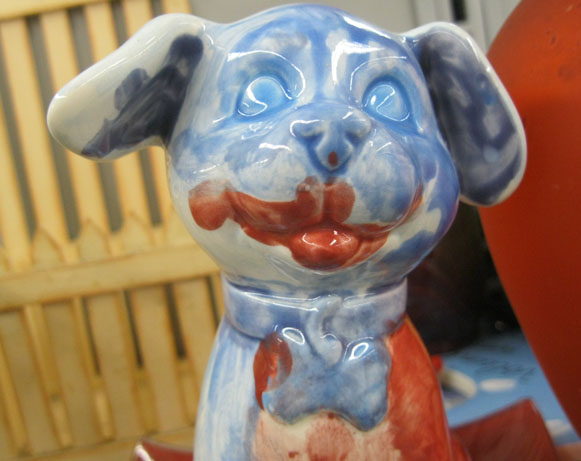 Aaand, Blue has a friend! A cousin, maybe even, in that uniquely DIY ceramic sense of the word, a brother. Or a sister. Or whatever strange gender arrangements they practice on a planet populated entirely by blood-spattered canines with glowing blue eyes. 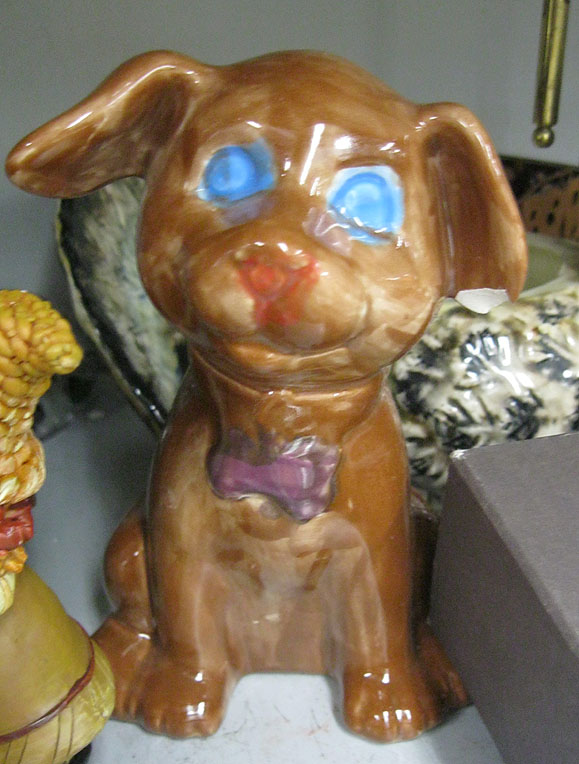 Gaze upon it with care. The last person to meet the creature’s eyes is now distributed in small piles across the back yard.

Really, my day would have been made with just the wonder twins there, but it only got weirder. 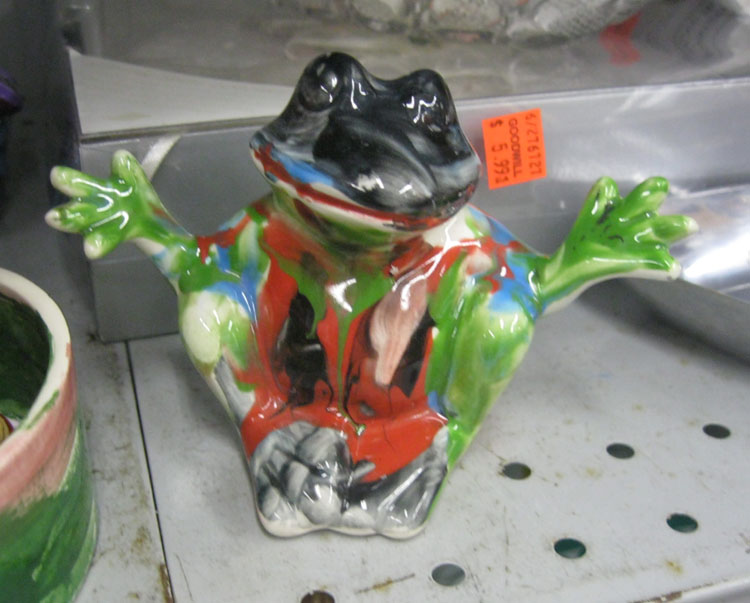 If you took a frog, and threw him, as hard as you could, at Jackson Pollack when he was painting, this is what you’d get. That, and a confusing series of dots and splatters with a frog-shaped smudge halfway down the canvas, and a really pissed-off abstract-expressionist. But the frog? He doesn’t mind. He’s mellow, at peace. He would like a chance to wash the black paint off his face generally and out of his eyes in particular, but he’s easy, whatever.

But these creatures were mere stepping stones, guardians on the path, to the thing that was waiting at the end of the aisle. 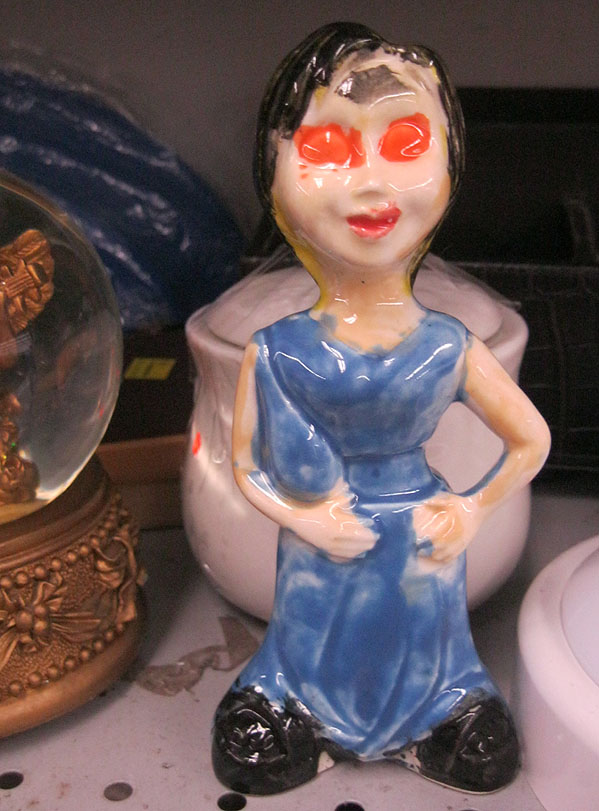 Because combat boots with THAT dress is clearly the sign of a mind far past the madness horizon and accelerating.

One Response to “Emotionally disturbed ceramics on parade”