Yeah, yeah. “Things breaking off resin statues,” not original. But…what the heck. They aren’t getting any more headless. 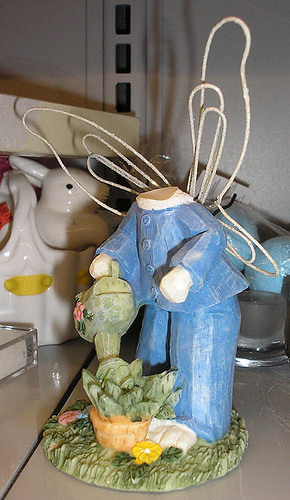 Oh, crap. I think this must have been a bunny! How did I miss that? Oh, well. Happy belated Easter. Here’s another damned headless rabbit. At least this one was a good bunny. When it died, God gave it wings.

Must be hard watering cactus without a head. How do you know you’ve given it enough water? Too much water? Any water?

Or maybe this was literally half a second after the Angel Bunny massacre of 2007, and the poor thing hasn’t even had the time to slump to the floor, watering can bouncing uselessly to rest beside the giant glass candle holder, before the blood pools around it and the crime unit shows up. “Central, it’s another dead angel bunny. Fourth one this week. ‘Course, angel-bunnies, they’ll just breed more.” 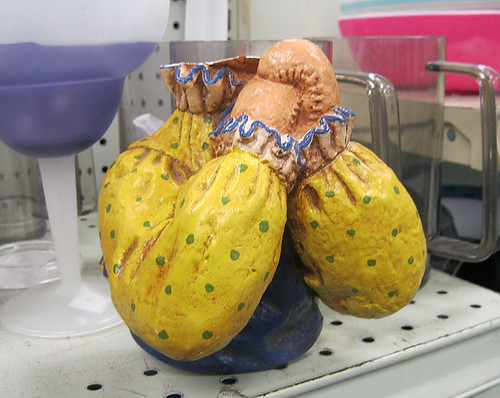 Maybe if you wish real hard, the Nursery Magic Fairy will make you real. Ideally, she’ll give you a head first. But that’s not always part of the package. “You only get one, real, or head. Your choice.” 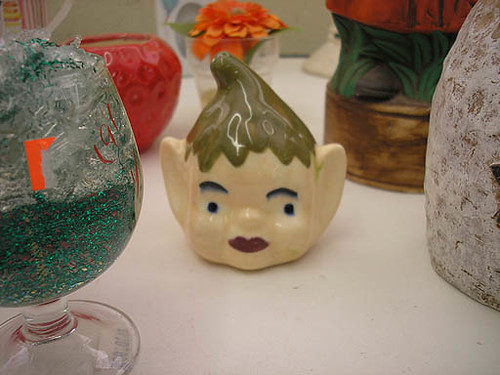 If you want to know where Jolly Green Giants come from, look no further than this. They grow from spores, from vast fields filled with heads. The chorus of “ho ho ho…” echoes through the valley. Oh, General Mills is happy to put the Mr. J. Green on all their products, but will they show you how he spreads those spores? No.

The sad truth is that jolly green giants actually only live for a year or two. Then you have to dispose of the body. And that’s how we get “niblets.”

Headless bunny angel from 2222 and Lamar Goodwill. “Praying for a Head” from Goodwill on 183 and Research. Jolly Green Head from…proooobably Thrift Land on Stassney and Manchaca, but that was 2006, we were all young and crazy then.