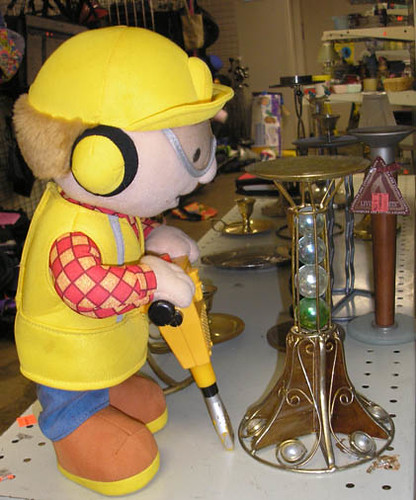 When we last left Bob, he was somewhere in “housewares,” muttering “I don’t know what this is. I can’t FIX something that I don’t even recognize. There’s, like, marbles in it, and it’s huge, and I’ve HAD IT with these stupid, stupidÂ candle sticks. NOBODY needs them. Come on, Mr. Jackhammer. It’s time to fix it…for good.”