Something went powerful wrong at the cat factory last week. 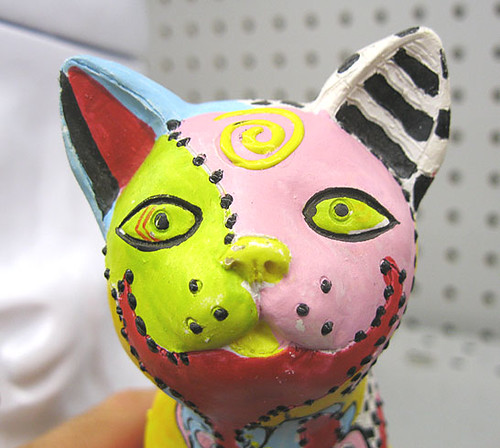 It wasn’t every day that the corpses of dead cats lurched to their feet in a stumbling mockery of life, mewling their alien hunger to the uncaring, breathing world. Really, it was only Wednesdays, because Wednesday was zombie cat day, had been for years. But this was a special Wednesday. 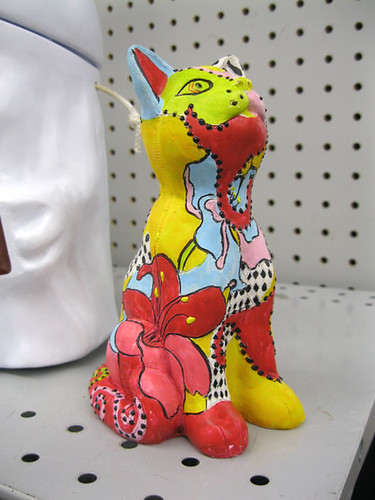 This Wednesday, Design had gone to a bit of extra effort in their zombie cat, added a touch of something special. Nobody’d ever thought to stitch a bit of dalmation fur into the mix for contrast, or add some floral print shower curtain for a splash of color, a way to add a tropical theme to the ol’ god-forsaken abomination. 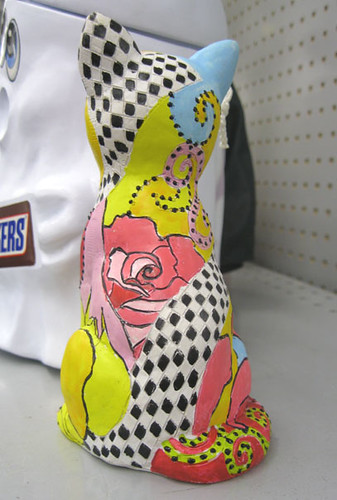 Usually when they reanimate the cat, it moans and wanders in a more or less straight line. They didn’t often hide their face in embarrassment, but you really had to feel sorry for this one. Bad enough to be dead and stitched together from cat scraps. Worse that someone had a sense of whimsy about the entire thing.

Never did see that cat again. Kind of a relief. 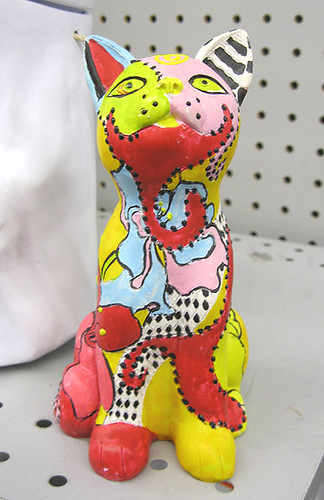 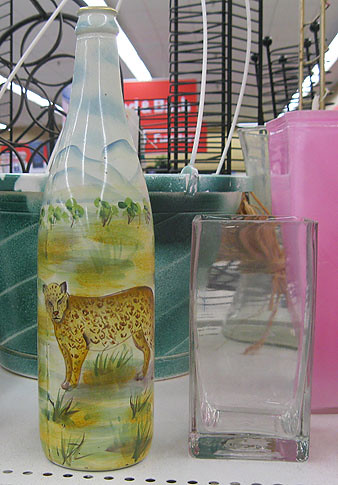 Take a walk on the wild side. Or at least, take a drink on the wild side. We don’t endorse drinking out of something wiht a picture of a leopard on it, particularly with no brand name, or ingredients, or even a warning labelâ€””warning, may cause a leopard-like aftertaste in pregnant women.” We assume that if you pour yourself a tall glass of leopard, you’re probably pretty open-minded, and willing to suffer a bit for your beverage. But no-one suffers like Lumpo, the Special Needs Leopard. 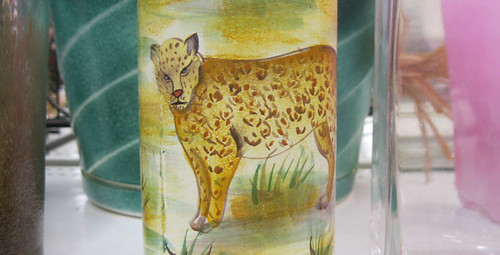 The other leopards laughed at Lumpo. They did not laugh cruelly, because really, Lumpo the Leopard had it coming. Creatures that try to hunt down gazelles with whimsical hamhocks instead of forepaws need to be able to take a bit of good-spirited derision. And any top-level predator with a floral-print coat, even in neutral savannah tones, is going to get ribbed, just a little bit. Heck, even the aardwolves laughed at Lumpo. And they were fricking aardwolves.

He really had bigger things to worry about. 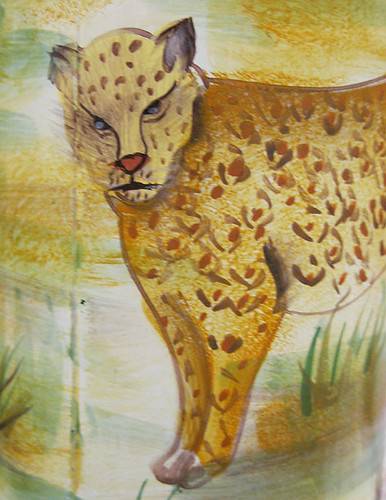 Like, why his eyes pointed in different directions, and the way his face occasionally faded into a vague blur. That REALLY worried Lumpo, though the hamhock thing was a bit of a concern. No-one likes their face smudged off into the ether, it’s undignified.

Lumpo the Leopard from Savers on South Lamar; Frankencat from Goodwill on 183 and Metric, Austin.