Into the Christmas Abyss 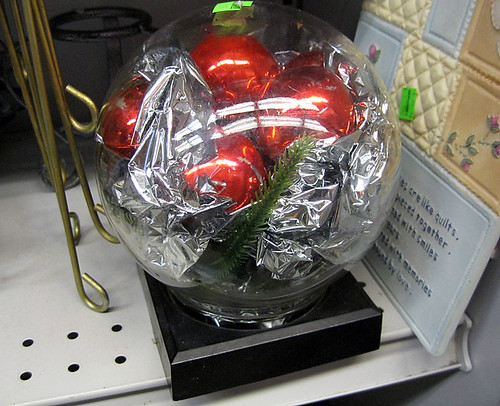 “The crystal…the crystal tells me that you will eat…too much! And your children will…will…will fight over small things, like who got more little chocolates. The crystal shows me much of the holiday, much that might otherwise go unseen…you did not buy enough batteries for all the toys that will beep and make noise, and will have to go to the grocery store at 10:00 at night but they will all be closed.”

Okay, yes, glass ball filled with giftwrap and old ornaments, very festive. Obviously, it’s your standard seasonal gazing globe, but I look at the green thing and I think, “tentacle.” Or perhaps the entire thing can be detonated to scatter an estimated 60′ jolly zone. 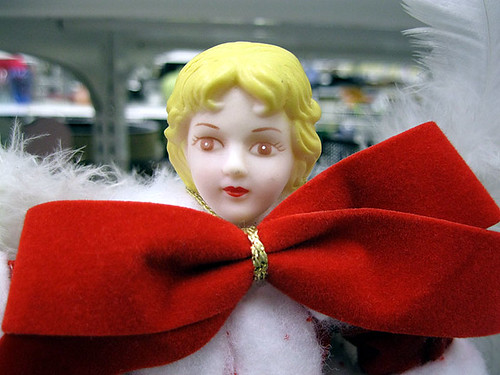 “I, too, have been experienced by Christmas. Fall into it. Lose yourself in the season. ” 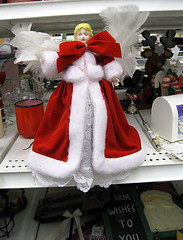 “I step forward into the season, and give myself to yule. Farewell!” 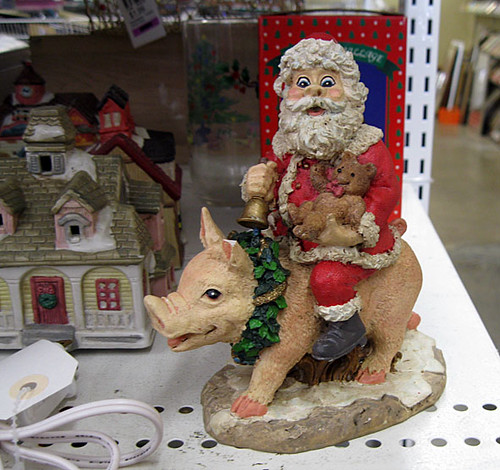 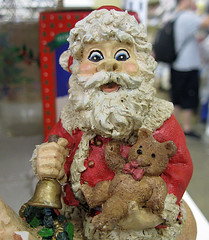 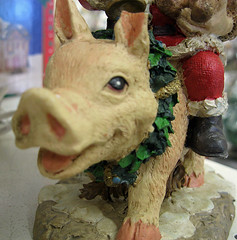 “Yay! Christmas dinner with SANTA! I must have been the best piggy in the WORLD this year!”

Meanwhile, from his secret lair, miles below the earth’s crust, Santa plots the demise of the Superfriends. 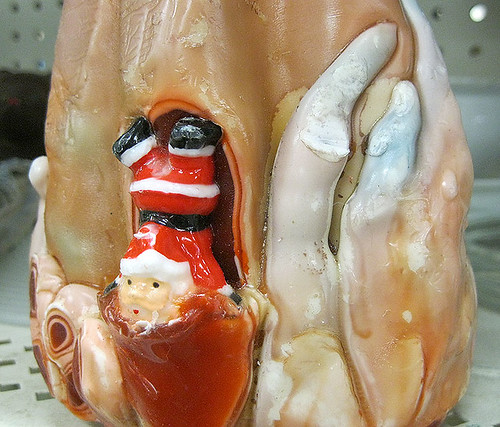 Or just stands on his head, I don’t know. He’s an old guy, but likes to prove that he’s still spry. So he builds a massive, x100 scale model of a gall bladder and does calisthenics in the colic flexure. After 1700 years hanging around elves, you get a little…whimsical. 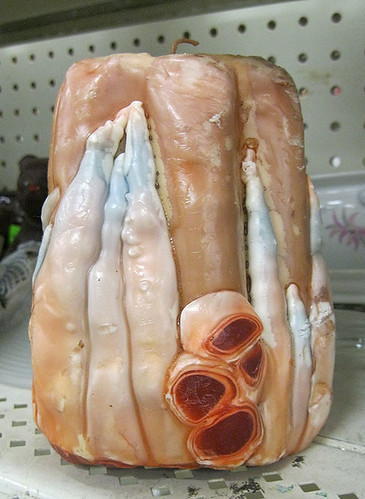 Anyone want to guess what this is? It looks horribly biological. This is something you woudn’t want to see on any sort of medical -opsy or -oscopy, or maybe a rare case of liposuction malpractice. Maybe you could light it to cast a baleful blue glow a dark and malevolent ritual. Or maybe this was yet another C- in craft class. 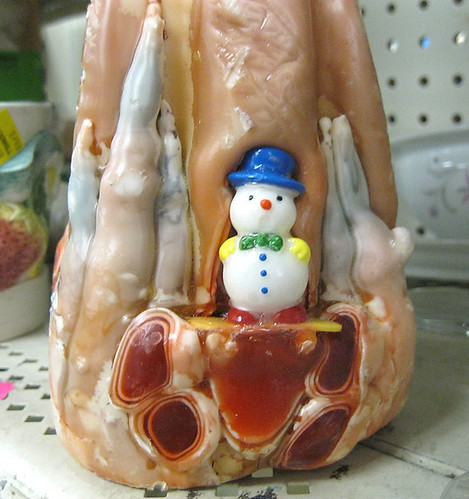 After three days of hiding in the soft, warm recesses above what passed for a “cliff,” red, gelid fluids pooling around his feet, Frosty finally snapped, leaping to his death with a wet “gurgle,” nothing but a blue hat, cherry tomato, and a vaguely humanoid pool of briefly clear, melted snow to mark his passage into both oblivion and the lower digestive tract.