This one marks the first time any of the native inhabitants of the Goodwill ecosystem have caught me observing their habitat. Whoops! I was taking pictures of this rare gem from a bunch of different angles, and there was an “ahem” behind me. Really, if I’m going to get into trouble, it should be for something a little more exciting. Anyway. Party juice. 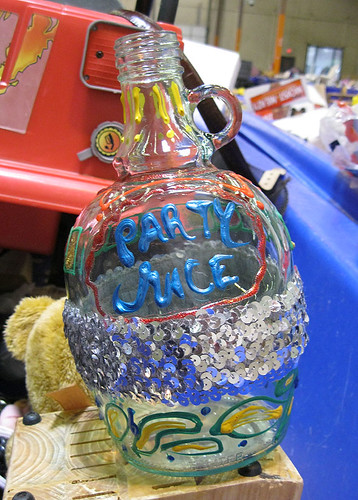 I’m pretty sure that “party juice” is some strange innuendo. If it’s not, I’ve found a recipefor the stuff. I’m actually more interested in the recipe than in the bottle, though the bottle’s pretty darn interesting. The recipe’s ingredients: “a splash of grain alcohol, a splash of fruit juice, and some fruit for garnish.” The directions explain that by “a splash of grain alcohol” they mean “a gallon of everclear.” Which seems a bit…generous…for a splash. I think, after this kind of splash, gluing a bunch of sequins to an empty bottle of…what? Rum? Maple syrup? would seem like a GREAT idea. Frankly, I’m a strong advocate of drunk arts and crafts. Without things that seemed like a good idea after a few “splashes,” I’d actually have to work. No, no. Bring on the party juice. 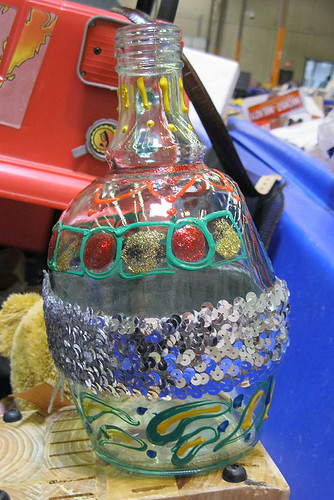 I love it. It’s what would happen if you gave Captain Morgan puffy paint, glitter-glue, and, of course, a couple of cups of party juice. 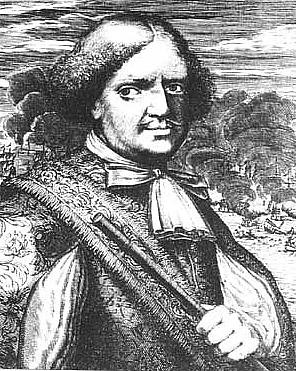 “Oh, Captain Morgan, was that your bottle of party juice?”
“Why yes! I covered mine with thin strips of silver sequins, which do quite truly sparkle, and glitter glue, sirrah, is the shytte! But I’m Sir Henry Morgan, and let none be said that I stinge with my party juice. Raise a glass?”
“Oh, just a splash.”
“Good man!” thump. “I’ll get another bottle!”

Goodwill’s Blue Hanger near 183 north. Big brother is watching you.