Three wise men came from the west, to bring gifts to the new-born king. Of course, they were 12 days late, but that was because the gold got massively held up in airport security, and it took most of an afternoon for them to put all their sparkly metal bits into the little plastic bins, and Melchoir decided he wanted the special search, which gets a bit awkward wearing robes, but to each their holiday magic, I guess. Anyway.

I like Balthazar because I can recognize him. He’s the black Wise Guy. He also brought the most useless gift possible–who brings embalming supplies to a baby shower? But he’s from Egypt. Maybe that’s how they roll. But he did THINK about the present, at least. 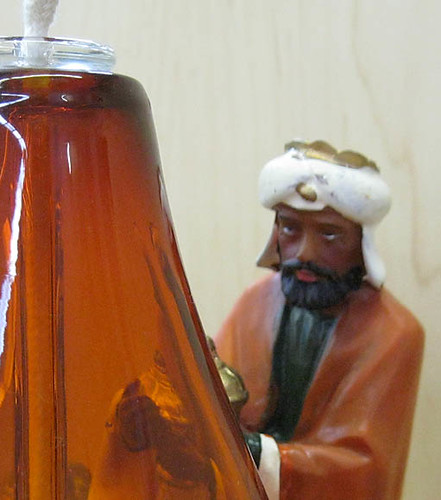 Hmmm…candles, or myrrh? Do they already have candles? I’ve already got the myrrh, but regifts are so tacky–they’re never going to get down Egypt anyway. But this one seriously bad-ass candle. They’re Jewish, right? Jews like candles. Maybe I can get them one big one, instead of eight silly little birthday cake things. 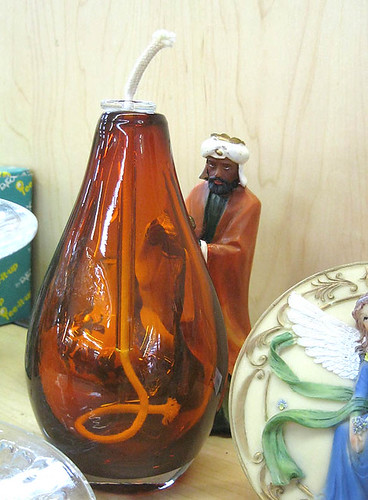 I am NEVER going to be able to wrap this. Sorry, baby, you’re getting myrrh. Trust me, some day when you need embalming supplies, you’ll thank me.

Woah. Not going this way. I need to have a word with the guys in animal control. 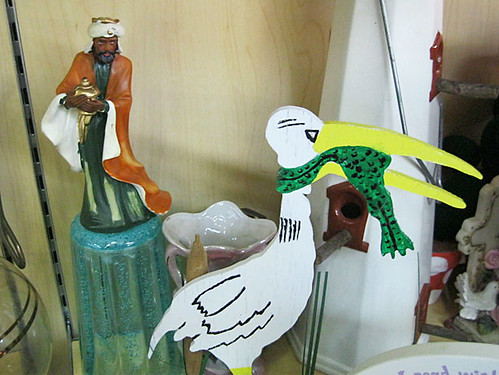 You know, being a magi is hot work. That’s why, after hours, Balthazar likes to get comfortable.

“Put your damned robes back on, Balthazar!” 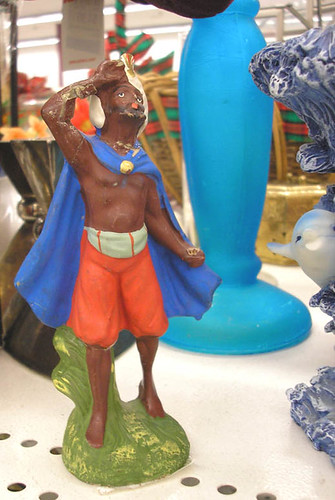 Gaspar got creative…again…everybody said “Give frankensense! Mary totally loves potpourri!” But no, Gaspar went with the crazy upscale gift that nobody needs. He bought them an intrinsic field generator. Things went predictably wrong. 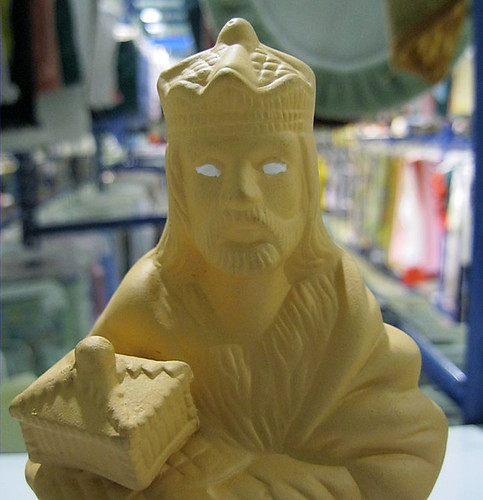 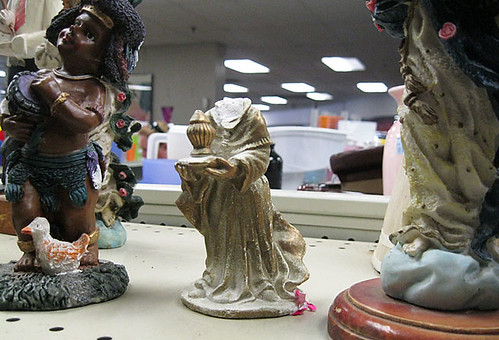 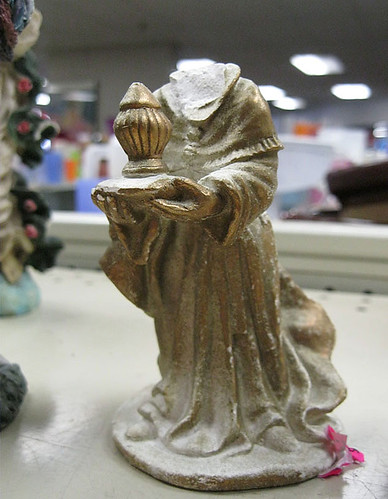 Kids…next time don’t improvise. Get what’s on the list. That’s why Mary registered at Target.

Melchoir was actually on time, but because they wanted to make an entrance he spent four days waiting across the street, hiding behind some architectural frippery and looking remarkably like an overdressed member of the cast of “King of the Hill.” Of course, Melchoir completely cheated. He bought a copy of the script. 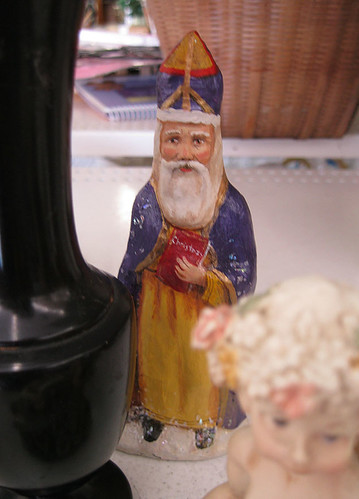 Like one of those wretched Time-Life ads from the 80s…”Want to know how the whole thing ends? Did they escape the slaughter of the innocents? Were they able to find a band-aid big enough for Gaspar’s neck? Read the book!!!”

Anyway, Stay warm and happy Christmas, those who celebrate. The next twelve days will be filled with an array of holiday crapola I’ve been saving for three years. Enjoy!

Wandering Balthazar from St. Vincent De Paul’s in Round Rock. I followed him around for three months–sometimes he’d vanish, reappearing in dishes or gifts or holiday stuff. I hope he finally found his way back to Egypt! No Shirt, No Service Balthazar ALSO from SVDP’s. Creepy Doctor Manhattan Gaspar from Community Thrift Store in San Antonio, Exploded Head Gaspar and “I already bought the book” Melchoir from Savers in North Austin.

Fear me, for I come bearing the true power of Christmas!! 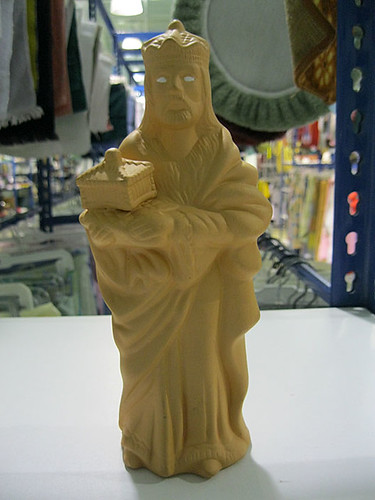