It’s the day after Christmas, and Santa always gets a bad case of the post-gift-frenzy blues. For one thing he’s in the north pole and it’s going to be night for like three more months. For another, no-one’s going to remember he even exists until November, which has got to be quite a downer. And then that chirpy elf foreman came up with the next year’s schedule as soon as he stepped off the sleigh, and he hadn’t even gotten to the bathroom yet. So, yeah, December 26? Kind of a downer. 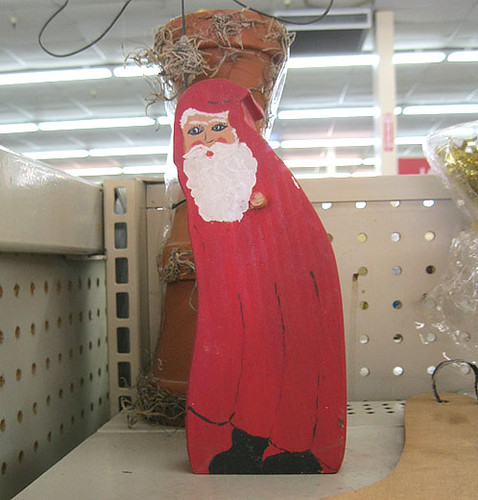 When the weight of the world feels like a flowerpot on your shoulders, crushing you down–wait, maybe that IS a flower pot crushing me down?–it’s time to put on the special robes Ms. Klaus gave us–the ones with the festively Christmas nipple-holes–touch up the old rouge and eyeliner, and slink slowly around the back yard, pretending to be a traffic cone. We each have our ways of coping. Mine is to be exuberantly wedge-shaped and nipple-endowed. Then sometimes I balance a flower pot on my head. That’s how SANTA celebrates Christmas. Do you like my nipple? 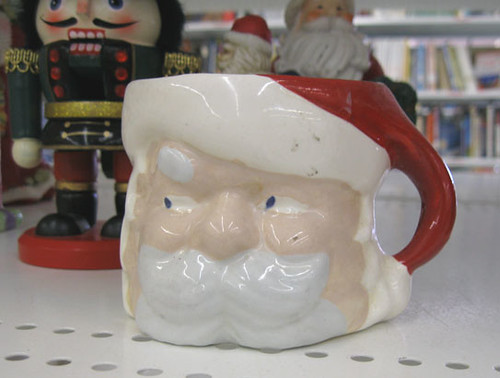 Some years–particularly after the CIA was putting quinuclidinyl benzilate in the snow in some weird attempt to bump off Fidel Castro…again…Santa gets a little paranoid. After all, we know who’s been naughty and nice, and lately, it’s been a LOT easier delivering presents, what with having like six stops to make, and most of them in Switzerland. But yeah, I know what list you’re on, so STEP AWAY FROM THE COOKIES, and nobody gets hurt. Because Santa’s not on Santa’s list.

…and you know, I’ve got nothing to say about this guy. 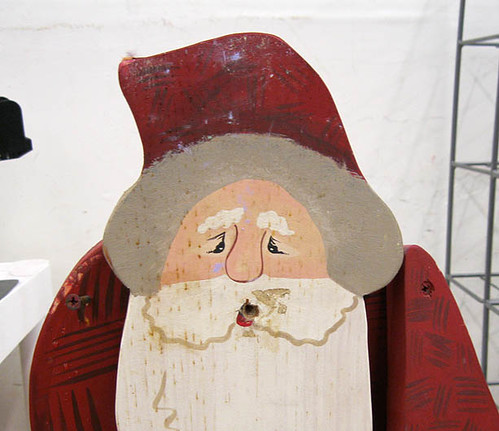 Any opinions about this particular Santa are welcome, but he seems…down. Maybe there was originally a delicious, post-Christmal pipe he could settle down with. Or maybe an enormous, reeking stogie, and Mrs. Klaus, who puts up with all kinds of hell every year (what with the elves and all), finally yanked it out of his mouth and threw it to the damned reindeer, and now Santa’s even MORE depressed and just sits there, air-smoking.

Or he’s training up for bubble tea. Not everybody can take a tapioca pearl like Santa. 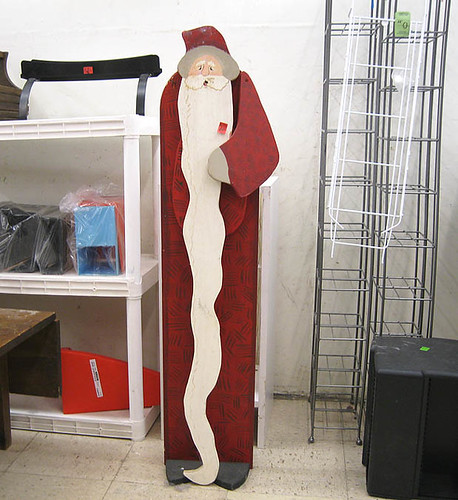 At any rate, the greater Thrift Horror community would love to know what this is. Clothing rack? Poorly-planned stocking holder? Weirdly festive ticker-tape dispenser? We want to know!

Now, if you’ve been REALLY naughty…Santa sends in the Crusher. 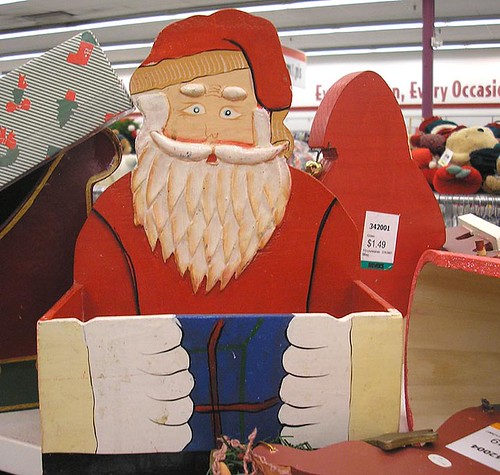 It’s a sort of horrible anti-Santa, with MASSIVE paws that destroy any present laid before it, with a rasping metallic “HO HO HO!!” and a sickening crunch (less so in the case of, like, stuffed animals or socks, but it’s still an unpleasant noise. An XBOX on the other hand explodes nicely.) Then…he feeds another present into the terrible machine, throws down its moustache switches, and the arms squeeze again. Because that’s the kind of Christmas you deserve. 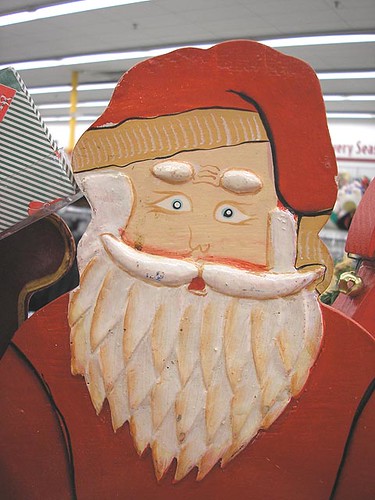