This post is going to be honest, brutally honest, about its contents. These are some owls with very scary eyes. Something went wrong in the ocular department. If Intelligent Design exists, God’s no opthalmologist, and he probably hates owls, too. Why? We don’t know. Maybe he’s really a mouse. Anyway, on to the owls, which is a phrase that, over 20+ years of writing, I haven’t used yet. 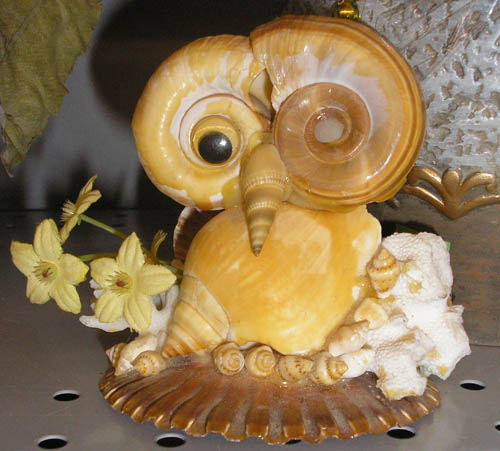 Ah, shell art. I keep coming back to you, like a dog to the cat litter box. Not only are we dealing with a very serious case of “Giant Spiral Eye Syndrome,” but we lost one of our eyes in the war. Plus, we are covered with ancient, drippy yellow glue, but that’s probably just an inevitable side effect of being a second-hand craft.

What is this little guy nesting in, though? Given his face, keep the receipt. No, wait. Given his face, particularly his beak, he’s clearly sitting in a pile of tiny bird faces. He’s the Ed Geinof elf owls. I’m hoping maybe I’m wrong, maybe those are its precious little owlings, but the horrible dripping glue tells me a more unpleasant story of an owl with a past, an owl mutilated and trying to shore up his ruined features with whatever he has at hand (feather?), and damned the cost in owl lives. Soon to be a major motion picture, Silence of the Owls. 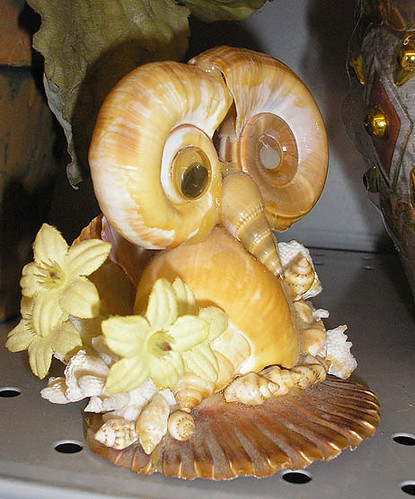 …And then we have this abomination of science. 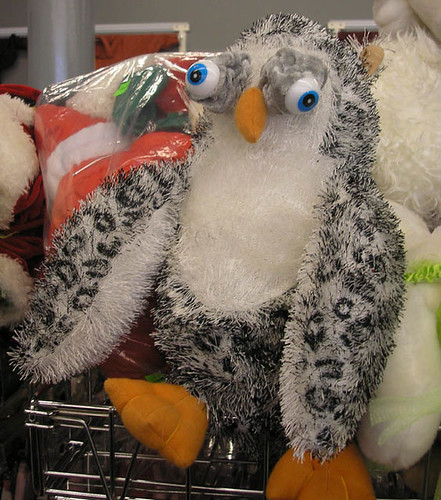 Hmm…in retrospect, I’m not sure this is an owl. It may be a rare, South Austin Leopard-Print Penguin. 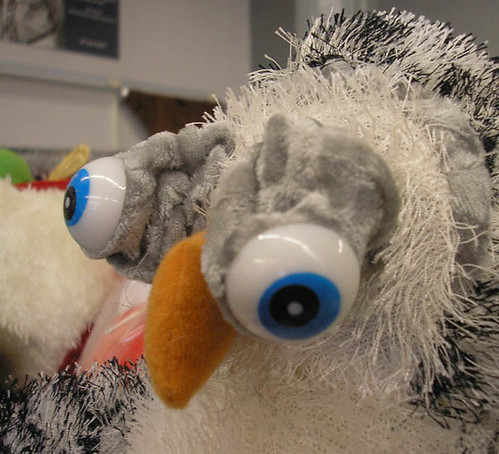 This is probably why Spotted Owls are endangered. They kept scaring the hell out of each other, and the cries of “Just…go away!” and “Why, sweet Jesus, why?” were interfering with their hunting.

One Response to “Owls with Unpleasant Eyes”