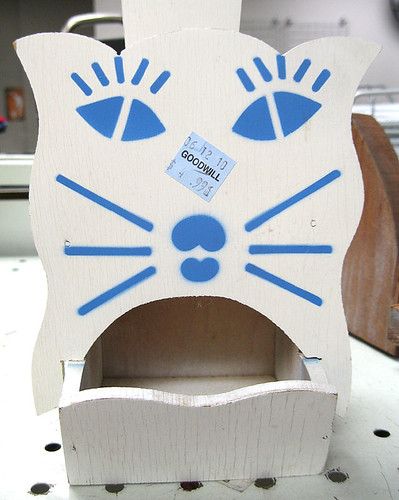 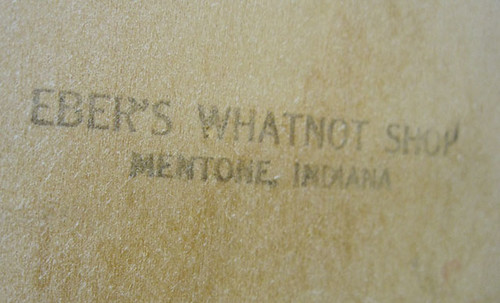 Apparently, Mentone, Indiana was something of a what-not hot spotÂ in its day. There was a What-Not club (I don’t think it was necessarily related to the What-Not Shop, but quite a coincidence!) And then there was Eber, churning out his what-nots. People probably asked him not to. “Eber,” they’d say, “The City Fathers have asked you to slow down with the what-nots. They’re piling up around town hall, and our Suzanne couldn’t open the bakery this morning because there were a bunch of balsa-wood terriers and a clever shelf made to look like a man with a handle-bar moustache outside the door in a pile. We don’t need all these damned what-nots.” 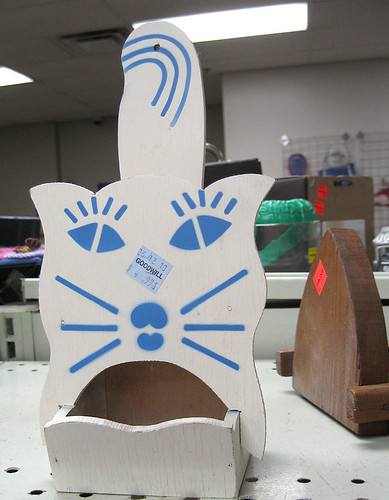