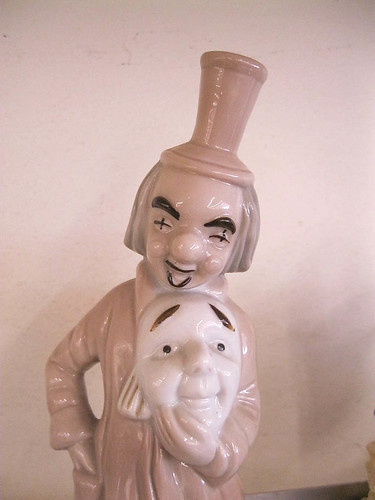 To celebrate Independence Day, this mischievous little merry-andrew has decapitated Founding Father and statesman Benjamin Franklin! Such a rapscallion! Last year he dressed up in the skin of Thomas Paine for a comedic reading of The Age of Reason. Comedy gold! 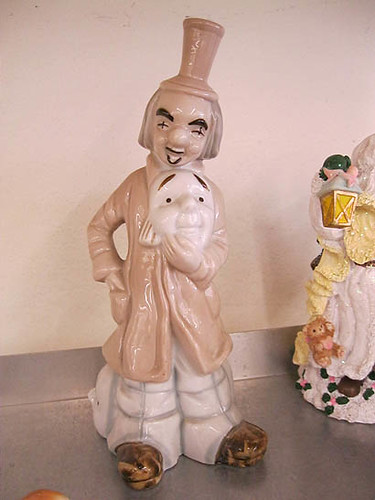 Don’t make eye contact. This one is so far down in the “Clowns Aren’t Funny” bin that the grease paint down there has solidified into a chalk-like layer of anti-comedy. That is not a face I’d want to see in a dark alley, not someone I’d want coming after me with a seltzer bottle. I’d expect to see, like, my pet cat floating in the bottle or something.

Why he’s japing around with the head of Ben Franklin, we don’t know. Maybe it went with his comedy version of Lincoln’s hat. And gods only know what he’s holding in that bag behind his back. Every pair of George Washington’s teeth? Or just the first pair? 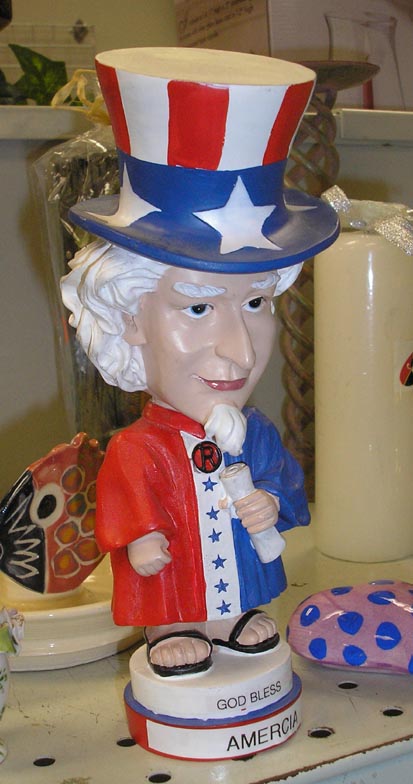 Awful the Clown, who is probably some sort of socialist, found at Thriftland on Stassney near I35, Austin. Uncle Sam at Goodwill on Metric and 183