Apparently, too much spinach-artichoke dip does something to your head, because these appetizer dish sets just getÂ weird.Â Take this guy, a sort of weird fractal snow-bot. Seems kind ofÂ complicated, just to hold guacamole.

Ew. A guacamole-filled snowman? The world isn’t ready for that. Anyway. 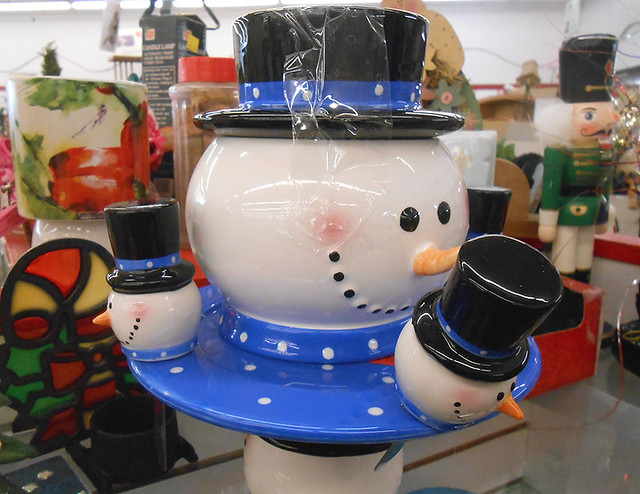 Having recently seen Gamara, I imagine this fellow spinning through space on little fiery jets. Though, yes, he would probably melt. I know he has a special attack where he flings smaller snowmen at his opponents, because he’s that kind of callous bastard. All snowmen are…cold.

I don’t know if the smaller snowmen will themselves bud even smaller snowbeings to either attack or propagate their own kind. Probably not? They don’t seem as sophisticated as the mother snowman unit. 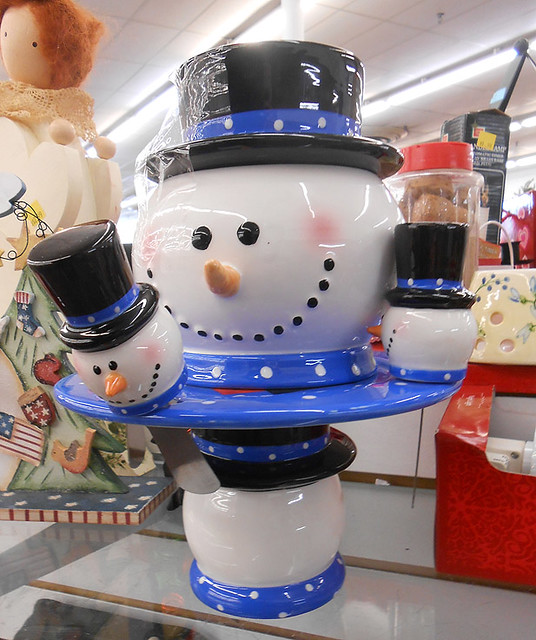 So, it’s a snowman…balanced on a snowman…studded with little snowmen. At this point, I’m going to be upset and vaguely cheated if I take off his hat and there’sÂ anything other than nested snowmen in there. Even if it was really good dip, it would pale in comparison to taking this construct to the next obvious level. 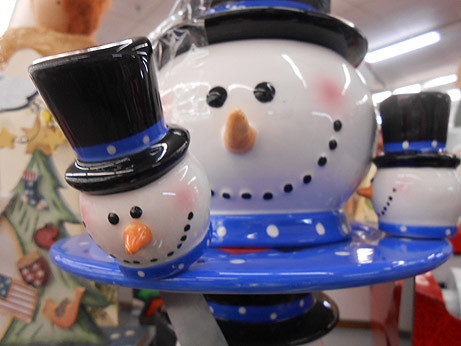 And inside the smallest snowmen? A single, beautiful, Swedish meatball. Still cold. So very cold.

Salvation Army near Metric on 183, Austin