Is that the word? Because a heptopod really isn’t a thing as far as I know, and a sextopod sounds like something from the late 60s/early 70s that you’d have to hose out once a week or so. I bet these sound horrible on a tile floor. “clickclackclickclackclickclackSQUEEEEEEEE”.

There is the smallest chance those aren’t eight tiny pink toes, but are instead horrible pig nipples. In which case, change the tap-tap-tap to a much weirder sound, because it doesn’t have legs but it has to move somehow. 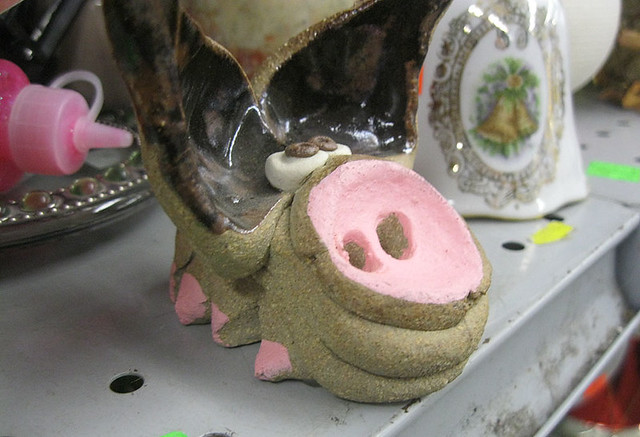 Say what you will about it. Say it looks like it’s half chihuahua and therefore abomination. Say you could use its nose for a soap dish. Say its eyes look like something out of Hershey’s backstock catalog and might be edible.

But it really is sincere, isn’t it? 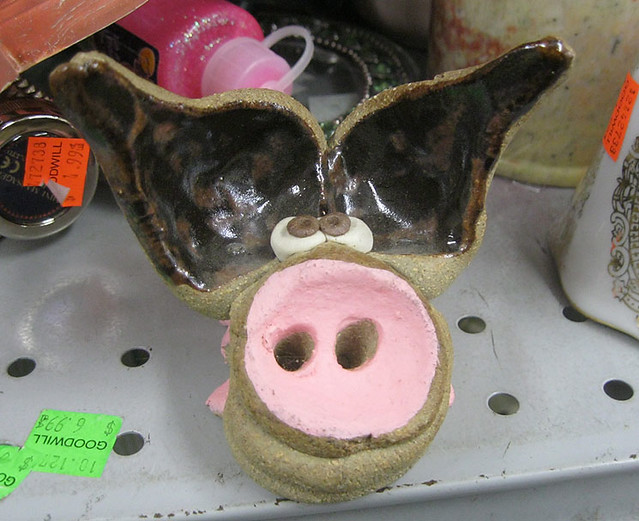 If I had bought this, it would totally be holding two pencils right now.