Honestly, there isn’t a lot of awful drek out there for Hanukkah. Which, you know, isn’t a bad thing. It’s almost as though somewhere in vast legacy of interpretations of the Talmud someone said “And here, what Moses isÂ really saying, is holidays are special, for the family. Don’t make plastic crap of them, okay?”

So I just have these two offerings. The first, kind of scary. The second, it’s not really Irving Berlin’s fault, he was long dead before this was committed. But I have to work it in somehow. 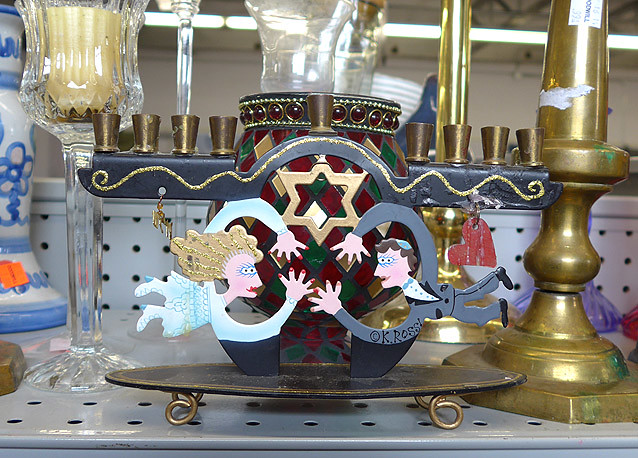 Why do we light candles on this day?

To KEEP AWAY THE VAMPIRES.

Seriously, I don’t know what’s going on with these people’s eyes. I’ve seen this artist’s work before (years, and years, and years of retail…) and her people are ALWAYS kind of frightening, but having these two wraiths swoop in under a menorah instead of under a wind-chime makes them look weirdly ghoulish. 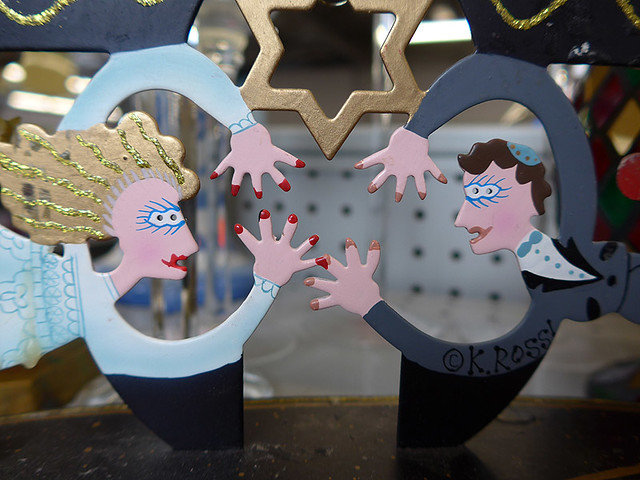 Really, neither does the red lipstick. Or the hair. If anyone wants to make a Hanukkah horror flick, let them know I have a few ideas.

This is more a teaser for tomorrow than anything else, mainly because for some weird reason I didn’t actually get a complete picture of the snow globe itself. 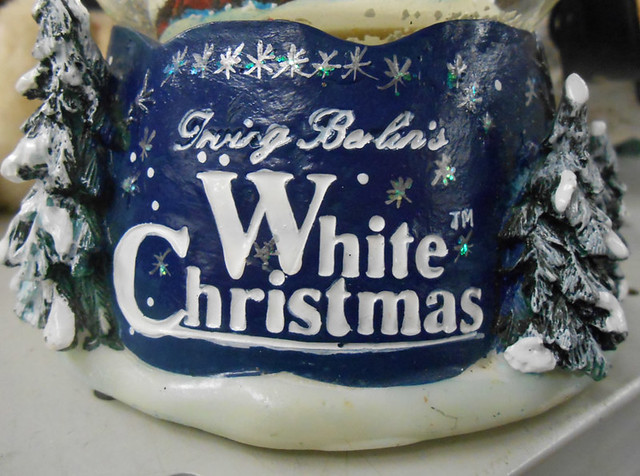 It didn’t need a snow globe.

If you ever find yourself pining for a place where treetops glisten, and children listen, to hear sleighbells in the snow, take a look at this. A long, hard look at this. You’ll get over it. 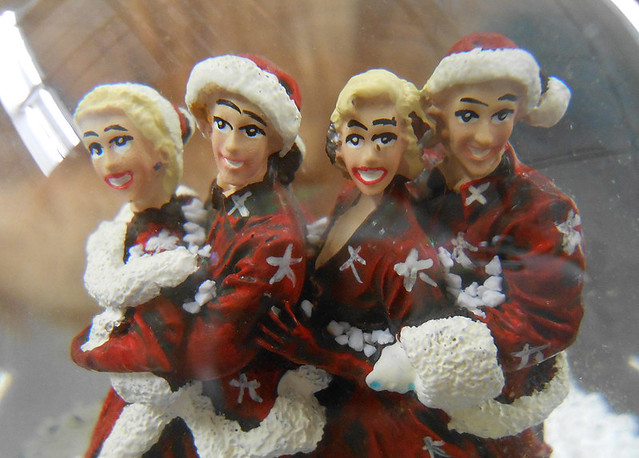 This has been a public service, from me to you.