Tiny, undefendable, mostly flooded. It’s Fort Sarah, last and final location of the Battle of Metric and Parmer, where three brave soldiers held the fortress against an army of over 300, until they could get the front gate open and throw the keys across the moat. So about two minutes. Nobody’s been able to close the gate since. 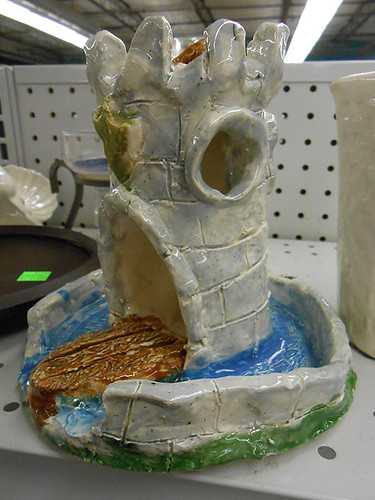 It’s not the biggest castle, it’s not really even much of a castle. It couldn’t meaningfully house the King of Beanie Babies, unless it was one of those McDonald Happy Mean beanies, the small ones that got lost under a chicken nugget. Here’s the greeting hall/throne room/servant’s quarters/guardeloo. It’s very much one-stop monarching. 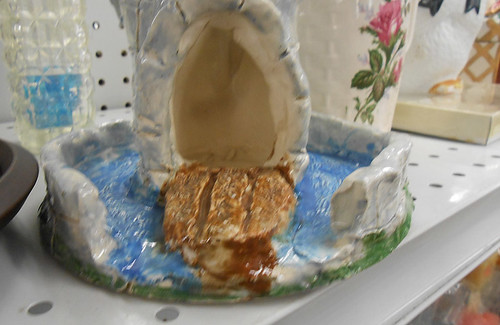 I don’t know what’s on the roof. I think it might be poop. Very big poop, possibly dragon poop.

EVERY medieval castle had dragon poop. True fact. It repelled invaders. Like, nobody would come near a castle with dragon poop. Just, eew. 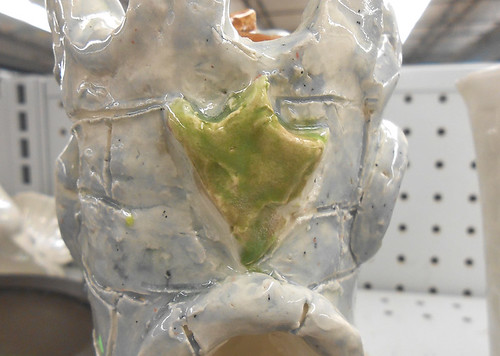 If YOUR family crest was a giant lizard foot, you’d probably abandon your castle to the first passing visagoth, too. Or sell auto insurance. Either way. 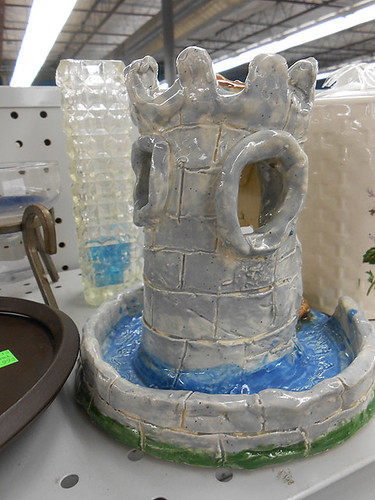 Okay, I actually DO like this piece. It’s…it’s sincere. There’s a running theme in kid art that it’s either naturally horrible or ironically awful. This is neither, it’s both sincere and actually not terrible, in a silly, cartoon fashion. I believe this tiny little moat, and I want to believe this mighty miniature castle, but it has ears like a member of the royal family. So…work on those ears. Maybe some sort of surgery, I bet homeowner’s insurance covers it. 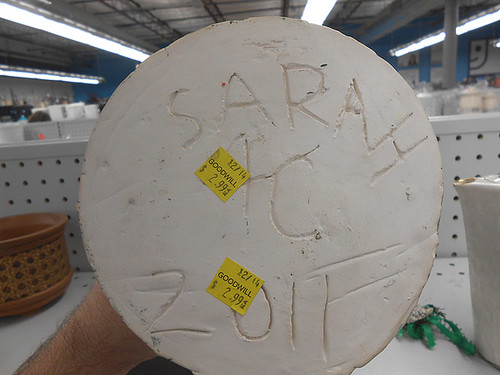 Fort Sarah from Goodwill on Metric and 183, Austin