Your Friday serving of something

My dog has produced the most extraordinary quantity of poop in the last 24 hours, and my nerves are a little bit shot now after dealing with it. As it happens, “several small pieces of crap” kind of summarizes my Flickr gallery right now though, so happy Friday.

You may already be a winner. 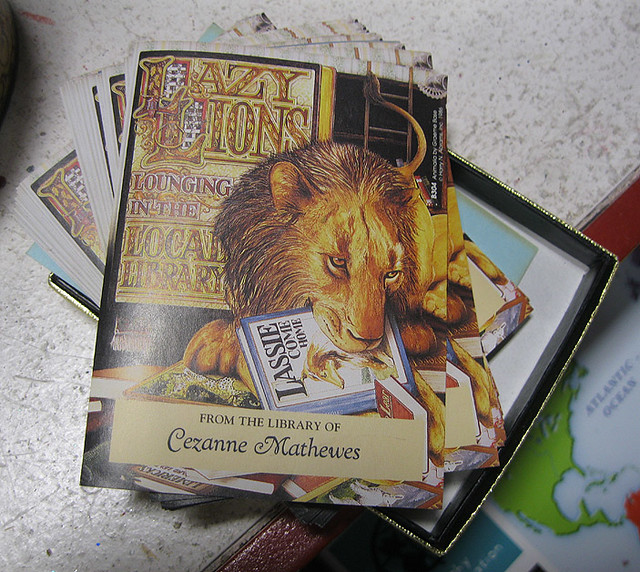 That is, in the unlikely event that your name is Cezanne–spelled like that–Mathewes–spelled like that–and you really had strong, negative opinions about the book “Lassie”, this is yes indeed your lucky day. Otherwise, this probably isn’t for you, you’re not particularly Cezanne Mathewes. Although you could pretend you stole his book.

Hmm, I think I accidentally themed this post. It wasn’t my intention, I swear. 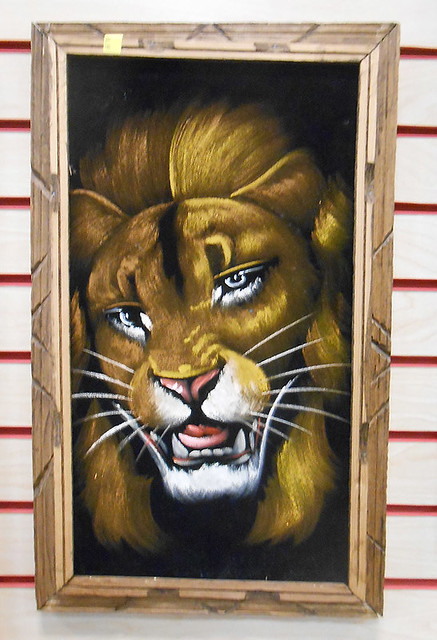 This piece is now hanging up in my room, and there’s no way to make it look right. It always looks 20 degrees off of ecliptic, and people keep trying to tip it a little one way or t’other. But the only way to position this guy so that it looks right is to turn him around so that he’s facing the wall.

It’s rare that there’s any sort of intersection between late 30s cubism and late 70s black velvet painting. But we have found it. The result, a lion that looks awkward, embarrassed, maybe a little flatulent. Continually apologizing for the condition of his mane, the frame, the way his eyes are spaced so widely that he can perceive the 4th dimension when he squints.

I had to buy him, but it was kind of a long, internal struggle. For a while he was hanging in the guest bathroom, but one of the guests moved him to the living room. I guess I deserve that somehow.