See, normally when I see this particular lady, her head is grossly inflated like some sort of decaying melon. This time, though, she’s got a sort of Claude Monet thingÂ happening, “Damsel with Umbrella.” Her hair looks like some sort of terrible tar applied to her head, neck, and back, but at least her neck can hold it up, and I think that’s probably progress. 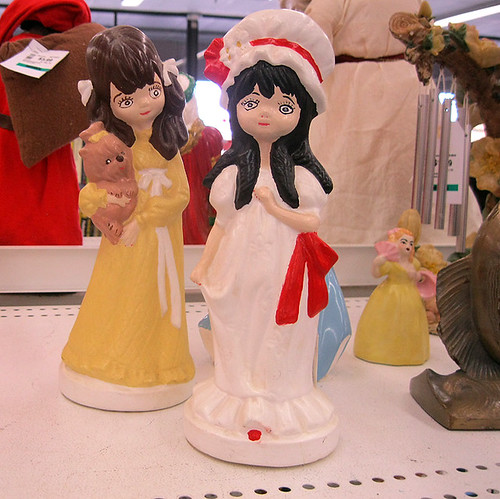 I heard on a podcast somewhere that a symmetric face was really scary, but I’d like to argue the opposite. A face that looks like a silly putty transfer on a hot day? That’s scary. 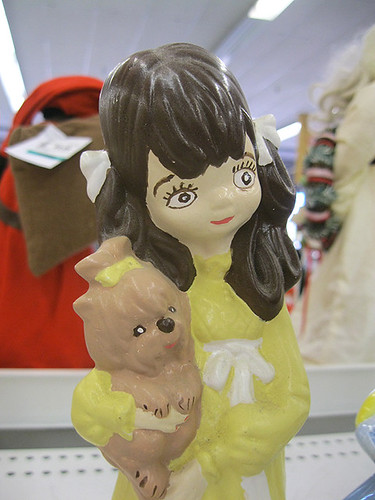 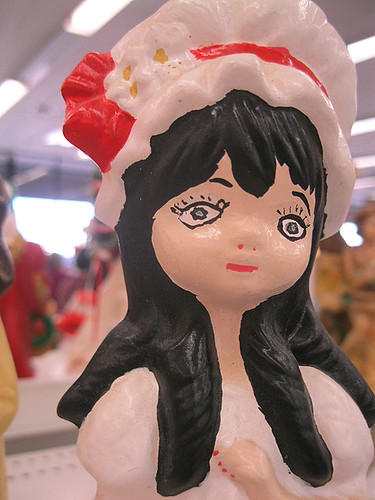 Another tragic victim of eyeliner abuse. Parents, if you don’t talk to your kids about Maybelline, who will?

I had a lot of trouble getting these pictures to look right in Photoshop. No matter what, the color looked wrong. Eventually, I just gave up. It wasn’t me, it was them. How do you make a dress made of bubble gum look right? Although, actually, sheÂ does make it work. Somehow, the handbag made of a 1950s christmas ornament just holds the whole thing together, but I think she’s having second thoughts. 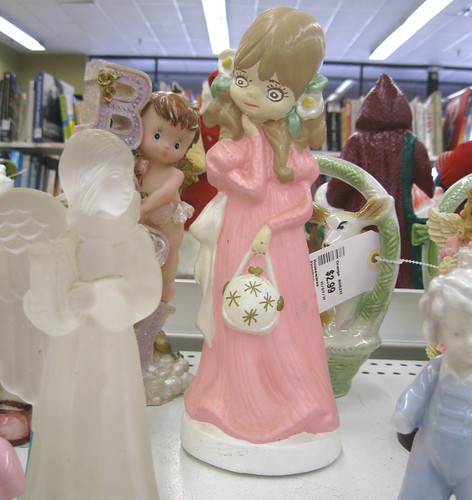 “I don’t know…were the calla lilies too much?” 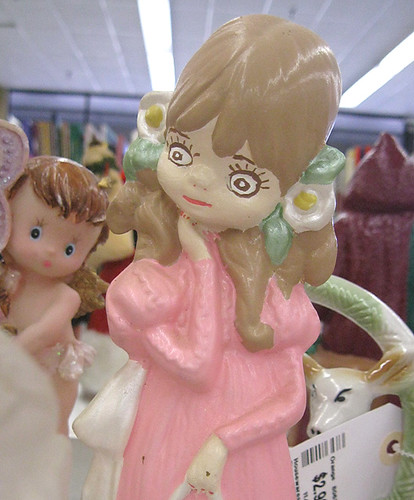