The halloween bird is, well, it’s special. The ghost cup isn’t, but it’s been staring at me since like 2007, so it’s clearly time to let it go.

The rare halloween crepefinch–orÂ orange-breasted pumpkinsucker–once flewÂ over suburbia in majestic flocks, orangening the skies for as many as three blocks. Now, this once-plentiful bird is declining because of habitat destruction–it only nests in cardboard tombstones, which have lost popularity to lightweight fiberglass models. Such a tragedy. 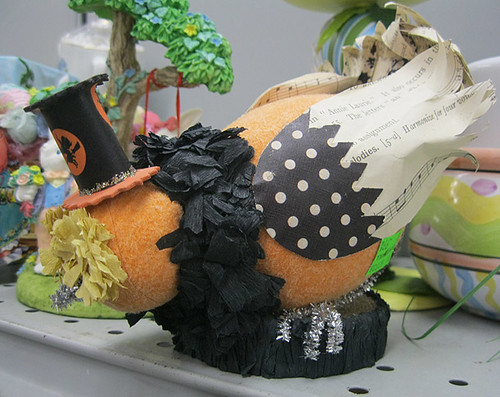 Also its neck dissolves in even a light rain and its head falls off, which happens when 1/4 your body weight is crepe paper and much of the remainder is a hat. 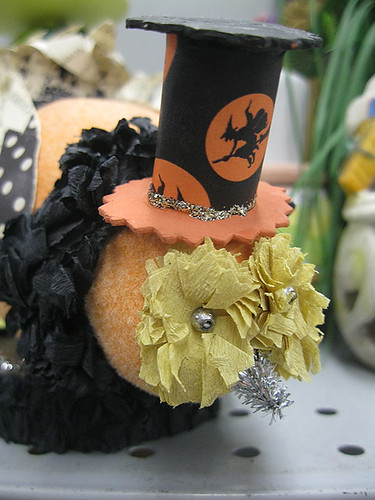 Those eyes…that…beak? Is this a bird or some sort of horrible candy-corn-colored mosquito? I’m not sure if that’s a bill or a drill. And those are some crazy eyes. No bird I know has eyes like that. Carnations, yes. Eyes, not so much.

It is a fabulous hat though. 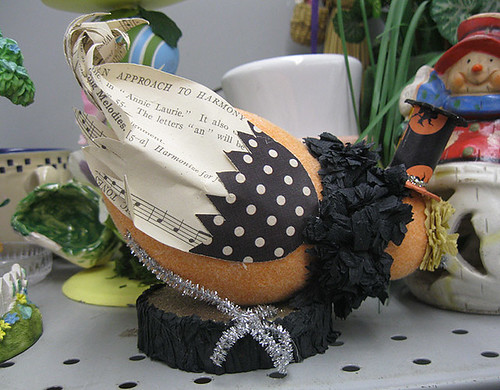 One of the more endearing quirks of this particular arts and crafts project is the wings. The rest of the birdthing is fairly halloween compliant, not so much the wings, which seem to be from a rather cheerful lesson for seventh grade choir students. Out of place and off-season, But hey, it’s a good enough singer to wing it. 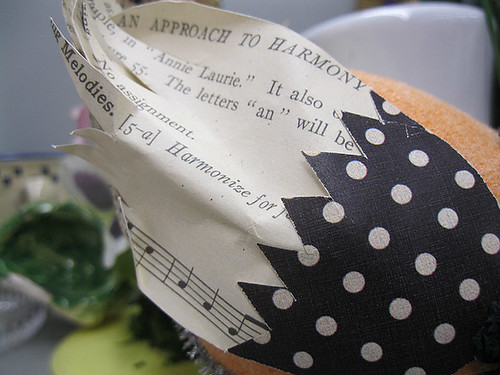 I don’t have an excuse for this guy. Every time I see one of those open-cranium glasses, I just want to snap shots of it and yammer on about trepanning. It’s not actually funny, but damn it, I have the photo, it’s Halloween, and I want him out of my flickr gallery now, thank you. 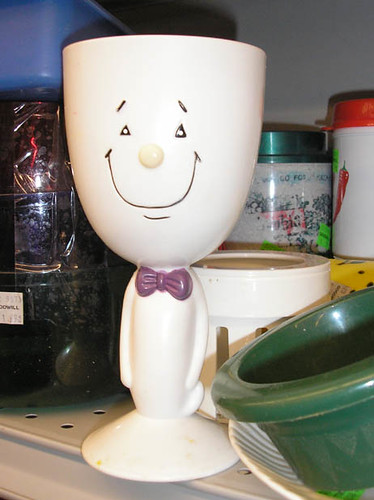