In Goodwill, no-one can hear you violate copyright.

I know the Aristocats was not made during Disney’s greatest time. It was a part of their dark ages, a period of recycled animation and recycled plots. That being said, even in their worst years, Disney never stooped to making their characters out of chewing gum. 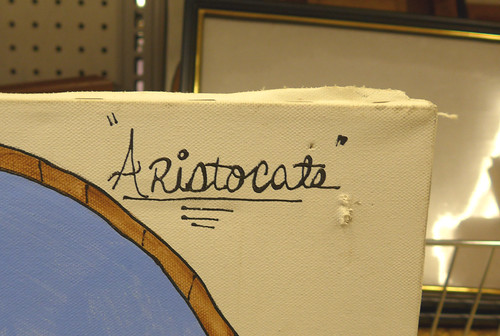 Now, for comparison, here’s the original. Note, if you will, how Thomas O’Malley, the big guy, is not melting in the original. You probably couldn’t press his face against a newspaper to get a reverse print of the news. While he does look kind of flat, he doesn’t look like chainsaw art, which is some kind of improvement. 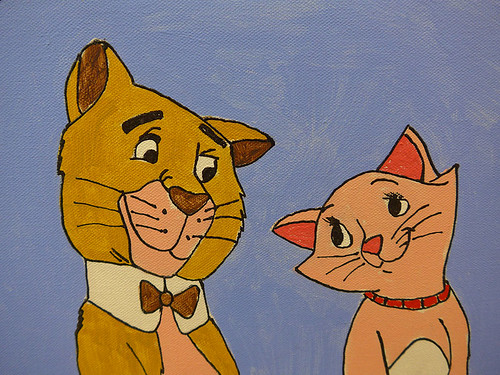 The one at the right? Actually from Mars. She uses her antenna to pick up long wave radio from Cydonia, and if you fiddle with her whiskers you could pick up Jackie Gleason until 1970. 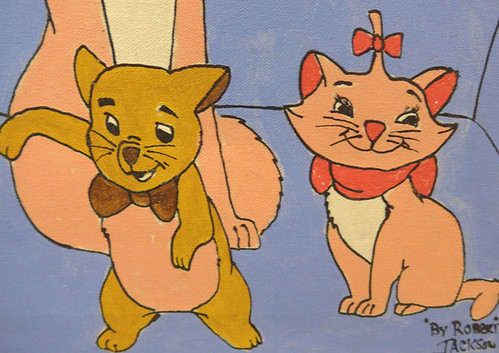 And this little guy predated the Zombie Mashup meme by like 40 years. Someone put the poor thing out ofÂ its misery before they release a made-for-DVD Halloween sequel. 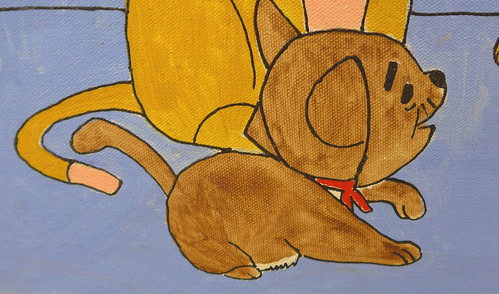 “The” “Aristocrats.” So bad they had to use two sets of scare quotes. Future parents, if you want to decorate your new nursery in obviously bootleg Disney, Goodwill is the name you can trust. 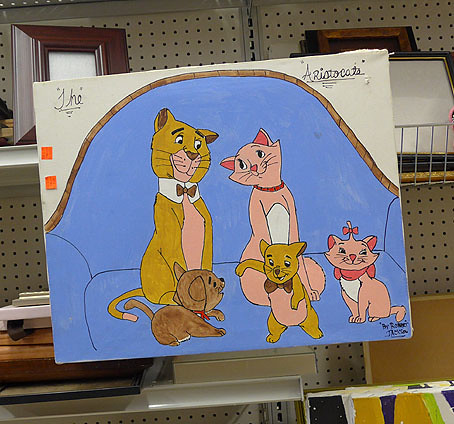 Goodwill on Anderson and Burnet, Austin