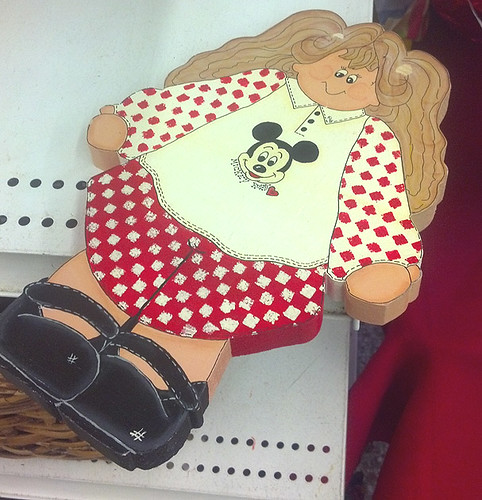 We don’t specifically know what, exactly, Mickey rules. Is he some sort of medieval viscount? Perhaps he has a caliphate, where he acts as the supreme spiritual and temporal ruler of his people, mostly ducks.

This girl, presumably his subject, doesn’t seem to be in love with the concept. Do not speak, child. Do not speak out against the Mouse.Â LOVE the Mouse. 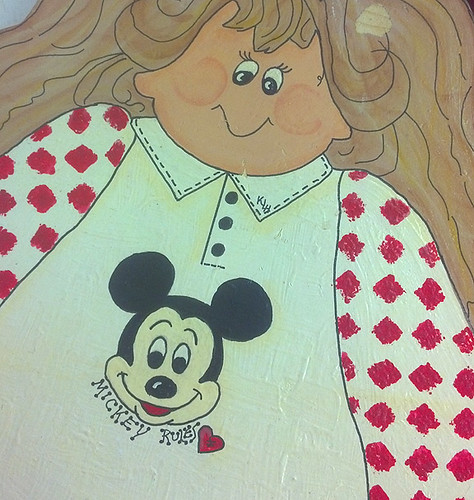 For what you are about to see, I do humbly apologize. Smurfette had a negative experience at the “Darque Tan,” and will NOT be leaving a positive review on Yelp. 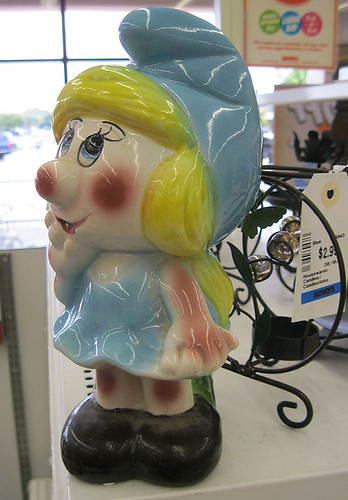 She looks like failed bread. Someone turned the oven to “broil” instead of “bake” and ended up with a lovely crackling golden rind over flabby, pale dough. The poor girl resembles an overcooked albino hot dog. I wouldn’t wish this on Mr. Pop’n’Fresh. 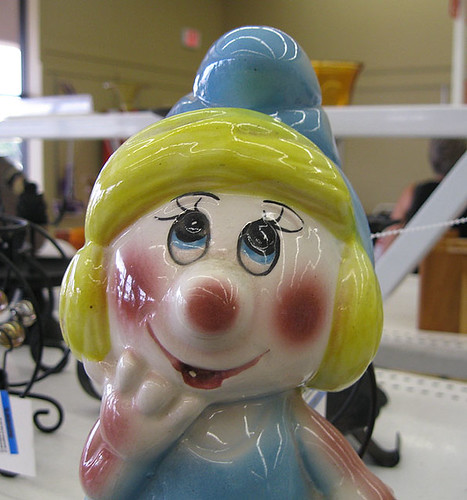 Ever have one of those days where you had to use an airbrush to apply your make-up? No? Smurfette has.