Lions are, as I understand it, supposed to be majestic beasts of the Savannah; medieval scholars thought their appearance so strikingly human that they ennobled them, “king of the beasts.”

This is not, not not not, one of those lions. 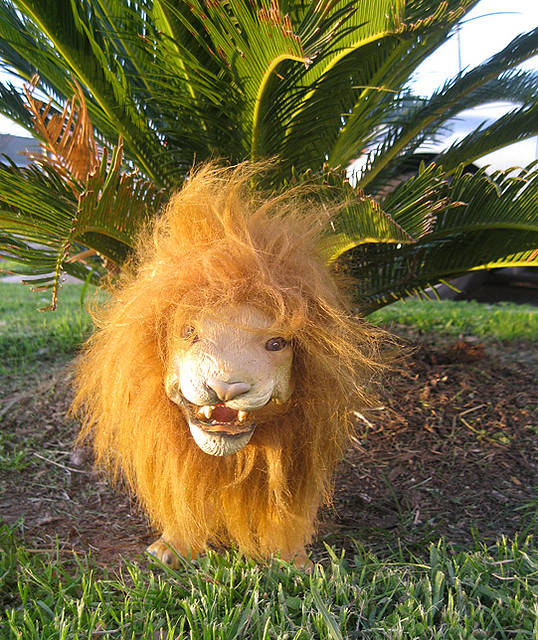 This is the Yoda of lions. Tiny, twisted, wrinkled, enigmatic, and with a puppeteer’s hand up its bum.

Not quite so much on that last one, but you see my angle. 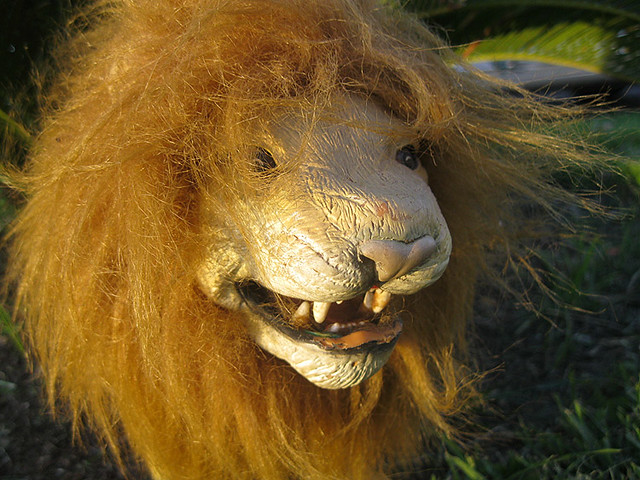 I can’t find the video I made of this, which is sad. That is, it’s sad that I can’t find the video, although the subject matter is also sad. The poor thing slooooowly twists its head around, gums at the air, and says something like “huuuuuuuh” in a soto voce whisper. I don’t know if it was the batteries, or the age, or that was used as a cathartic chew toy by a hyena. But we all lose our batteries after a few years. 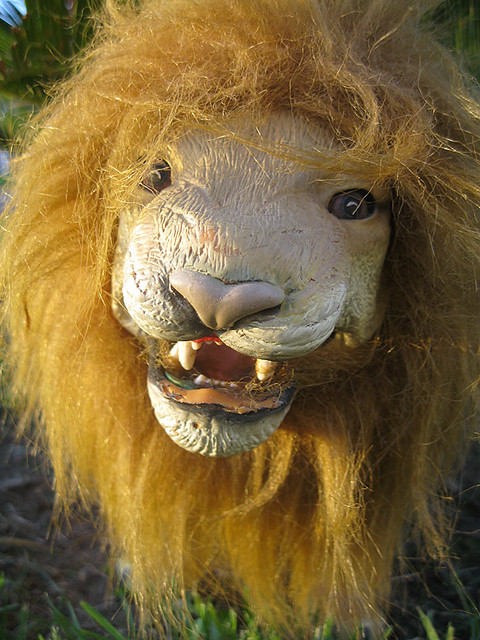 Okay, that shot’s kind of cute. 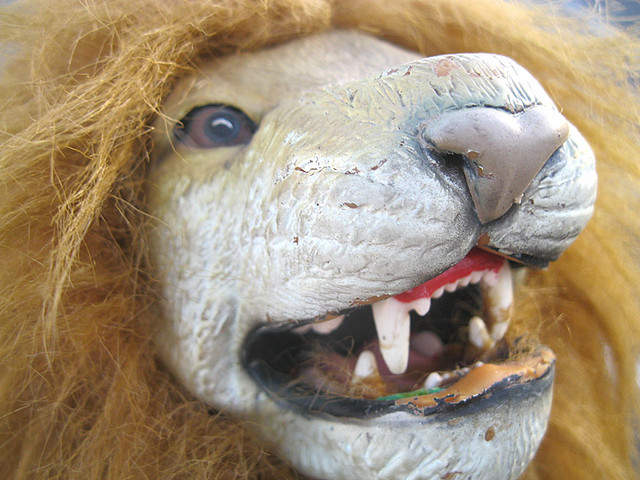 I had a friend who over-identifies with lions, guess what he got for Christmas last year? This and a small apology. 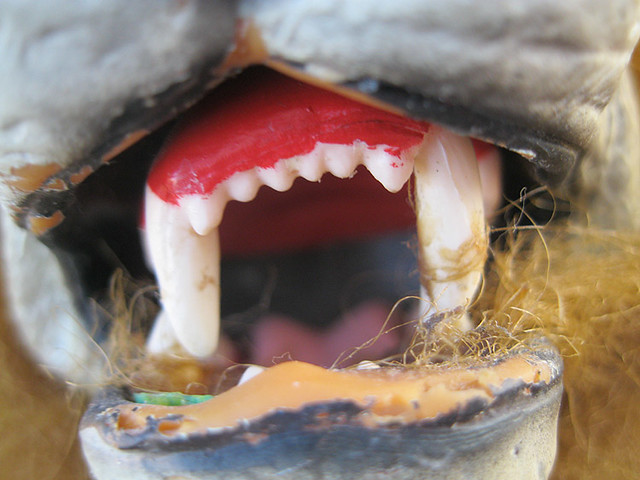 I’m not sure an extreme close-up of aÂ real lion’s mouth would be much better, actually…