It’s kind of like a polar bear that started melting. 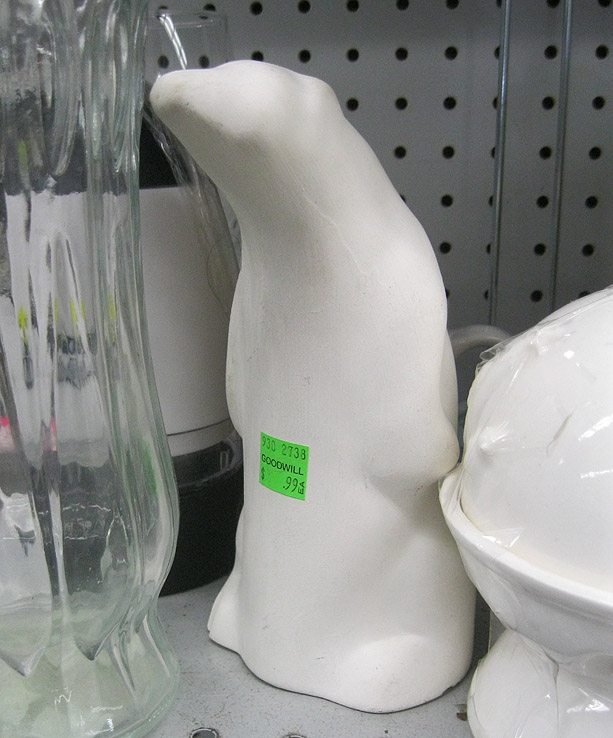 There’s an old “Far Side” cartoon, “God Makes the Snake,” that shows the Big Man In The Sky rolling out snakes from clay. I guess he had some leftover clay. 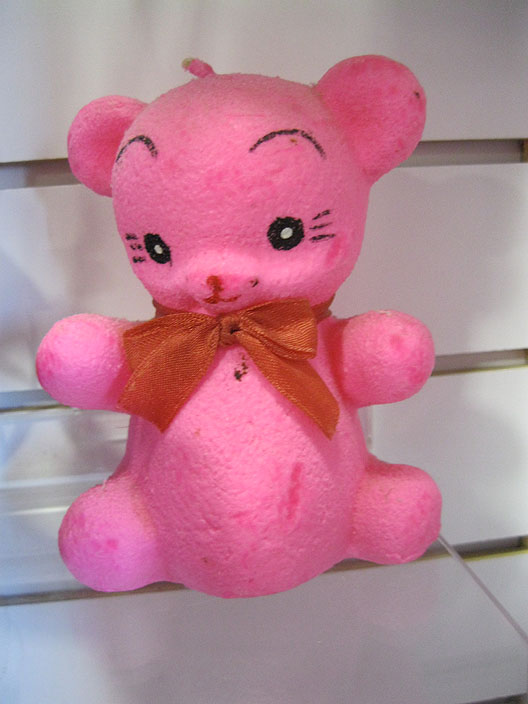 This bear scares me.

I’ve seen my fair share of “Character candles” in the grueling hours I’ve passed at Goodwill, they’re one of the more common things dug out of Goodwill’s crap-mines by their craperers. Most of them are freakish and weird, I don’t know, when they’ve been partially melted, when they’ve been crushed and sat on and buried under “core of Neptune” levels of pressure, when someone’s dog, child, or teenager chewed on them.

It’s actually kind of rare that they’re strange and unpleasant straight out of the box, but I guess that’s progress for you.

You don’t actually have to burn this candle to read by its “pleasant” glow. It’s actually nearly bright enough if you just plug the darn thing into a USB drive. Most bears actually do fluoresce at a 5V current, but you can’t really tell with the bigger grizzlies, because of size and light dilution. True fact.