I bought it, dear reader

I don’t know what it is. It wants to serve something small and nibbley. I tried peanut M&Ms,Â but they just kind of rolled out, onto the counter, then the floor, then the german shepherd ate them. So that wasn’t it. 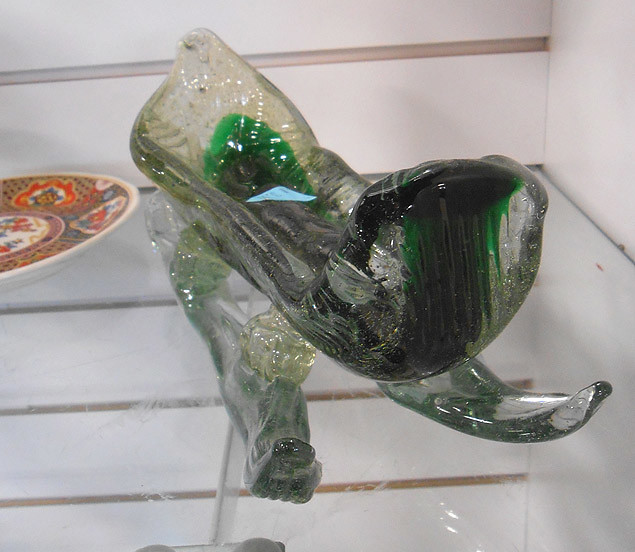 If I was to guess–and I guessed M&MsÂ and got that wrong–it could be a glorious chariot for a single stuffed poblano pepper, sluicing in across a field deep with refried beans like a champion sled racer coming into a stop, cascades of pintos arching into the air and landing with a series of wet thwips.Â It is, true, the short-bus of toboggans. But poblanos have low standards and their needs are few. 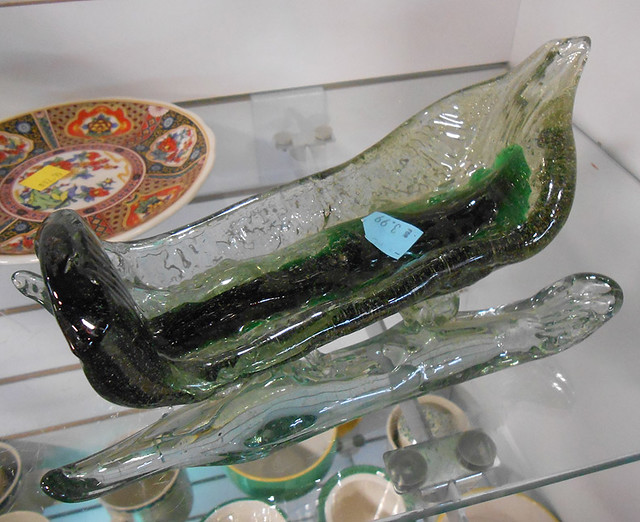 This thing weighs like two pounds, and it really can’t actually hold more than five olives (and no M&Ms.) It’s got this thick lump down the middle that makes it pretty much useless as any known dish. I actually got it because I thought it would be anÂ amazing butter dish, but the stick kind of wobbles, you know, flops around a bit. Pinnacle of the glass-blower’s art, it is not. Project of the glass-blower’s teenage kid, possibly. 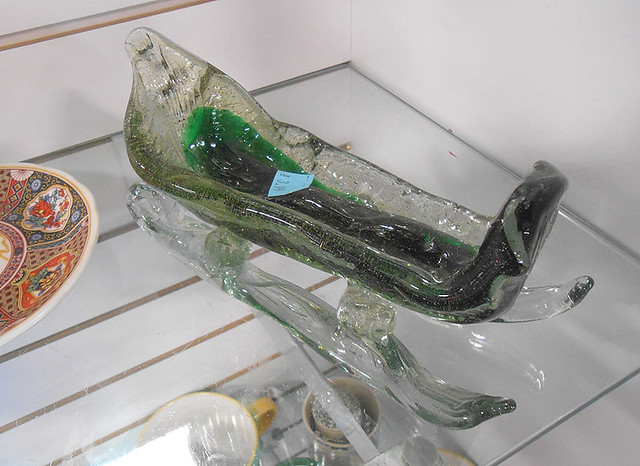 Lash up those peppers! We’re going for a ride!