One part Statue of Liberty, one part “Alfred E. Neuman.” What, huddled masses worry? Not if they have Rock Star! It’s probably why they crossed the ocean in the first place. 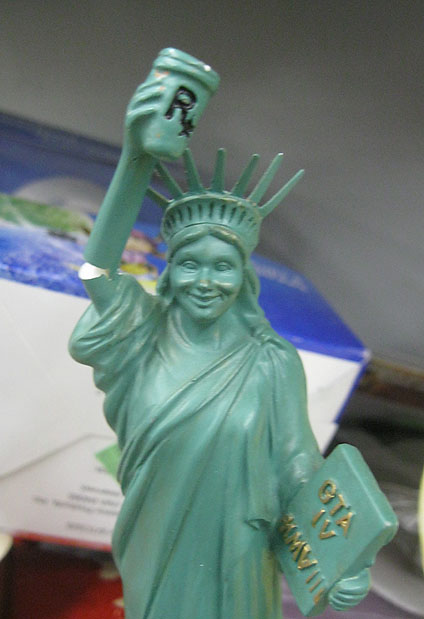 The designers of this fine chunk of plastic have taken a few liberties…ahah…with the original, but I definitely think it captures what FrÃ©dÃ©ric Auguste Bartholdi was really reaching for. The original is kind of stern. Really, I think cheerful passivity and a love of energy drinks really does a better job representing. 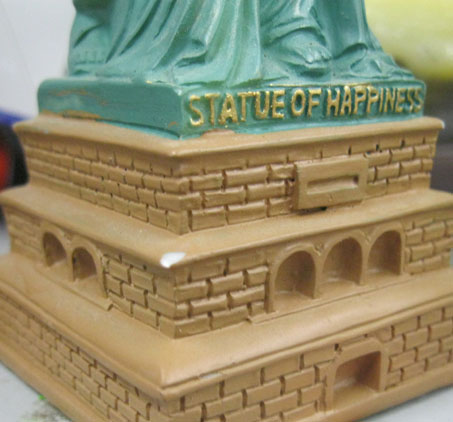 Or maybe this was the second part of a pair, liberty on the East coast, happiness on the west. The first major national monument to be sponsored by a combination of guarana, caffeine, and AWESOME. 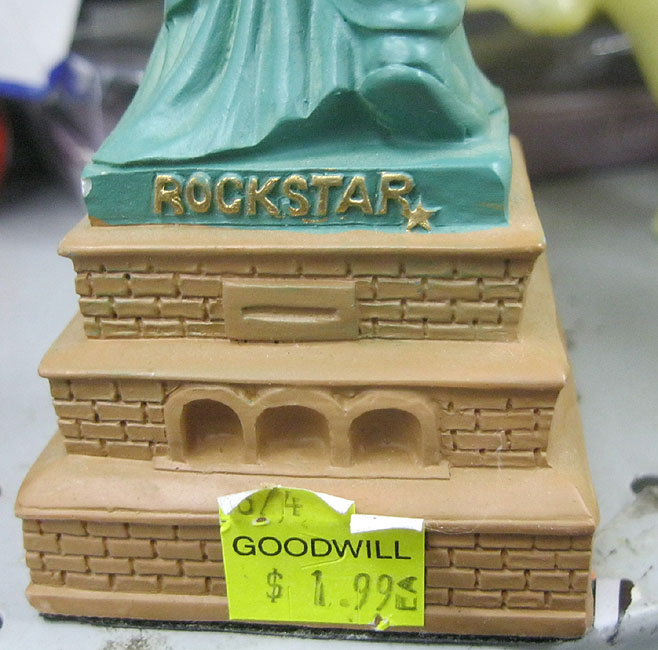 On an entirely different note,Â we fear and love the dark god Sam, the demon who strides across the land devouring children, in his jacket made of the night sky. Luckily, he has very tiny legs, and usually trips while pursuing all but the really slow and round ones. 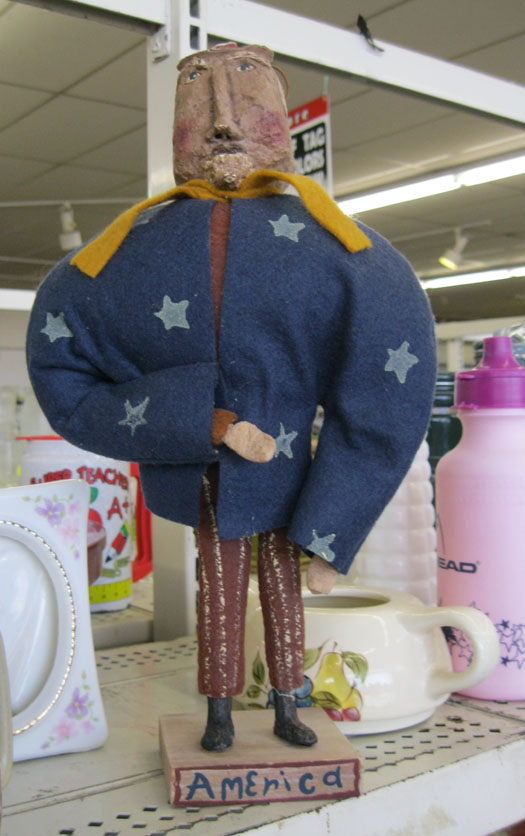 …and the pursuit of Rock Star Goodwill on S. 1st and Slaughter. Creeepy uncle sam: Texas Thrift near 51st and I35, Austin.