Not a happy clown.

It is a truth universally acknowledged that clowns really aren’t funny. However, some of them just gave up on the idea of “funny.” They saw humor, dodged around it, went straight to a 50% blend of apathy and disgust.

“You want funny? I’ll tell you funny. Funny is when you spend a year saving up for a motorcycle, then lose a leg when the Flying Fienman Bros say they’re trying a new human cannonball stunt and they need a test subject. That’s funny. Seltzer water is for chumps and rubes.” 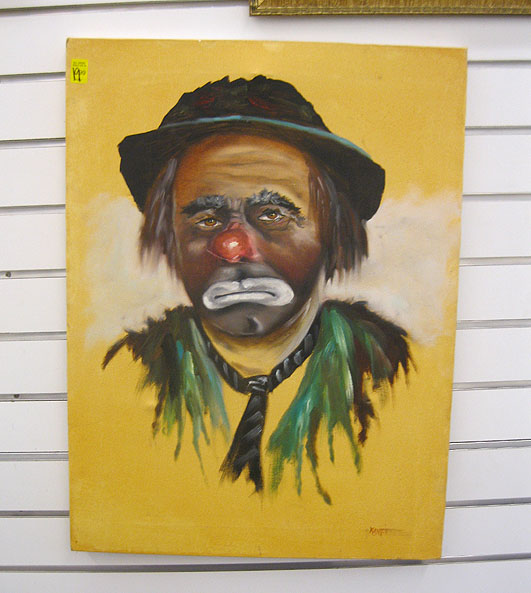 Also,Â he couldn’t get that job in tech support because rats ate his good suit. Clown had to chew hisÂ own tie though. Only way to get out of that bear trap. The circus…the circus always drags you back.

Thriftland on I35 near 51st, Austin