Only the specialest of special flowers. 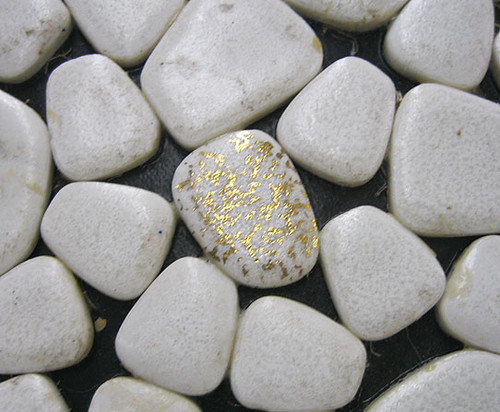 So often when I visit Goodwill’s art deparment I find myself flashing back to “Close Encounters.” This…this means something.

Usually, it means something for the artist, and nobody else. Unless this particularÂ magnum otis meant “I have a bottle of gold fingernail polish and I’m not afraid to use it.” I’m not ruling that out. 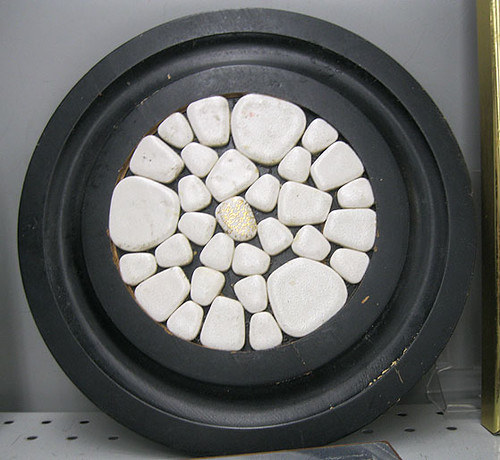 Sadly, because it’s a mixed-media piece involving a heavy wooden frame and a bag of rocks and the entire thing weighs three pounds, mom couldn’t hang it on the refrigerator. Pity, because she wasÂ so proud.

Day three: all attempts to build a pebble launcher have failed. Project scrapped, donated to “Savers.” 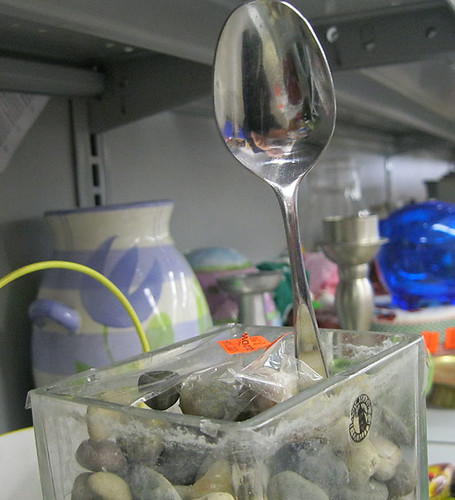 Part one of a large number of “things with pebbles and tape” what turned up recently at the big goodwill on 2222. This one, however, had a spoon in it, and to quote Robert Frost, “and that has made all the difference.” Now, instead of merely a glass jar with some future aquarium decorations, it’s a bold new direction in dangerous cereals. Try our new “Calcite Crunch. One Spoonful: It’s Enough.” 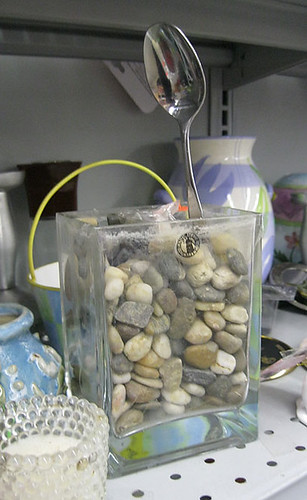 Sadly, I didn’t get a picture of the little girl pan-frying a bunch of tiny brightly colored little fabric puffballs today, it was the cutest thing ever this week.