It may be some sort of egg?

In a sensible universe, you could take the lid off of something like this, fill it with, I don’t know, peanuts, or those cheapie-cheap halloween spider rings or something. No, this was sealed shut, like some sort of weird pod, maybe a bomb, something that explodes in clouds of smoke that spiral like dark cartoon danishes. 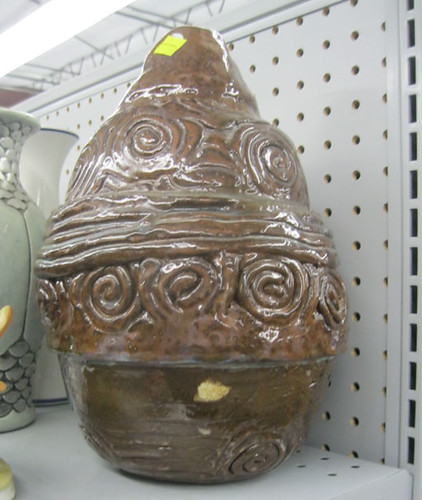 I kept hoping there would be some sort of ticking noise with this, or maybe a long, cartoon-style fuse. But, no. My current theory is that it’s actually some sort of egg, possibly the seed of a new, slightly mushy, universe. 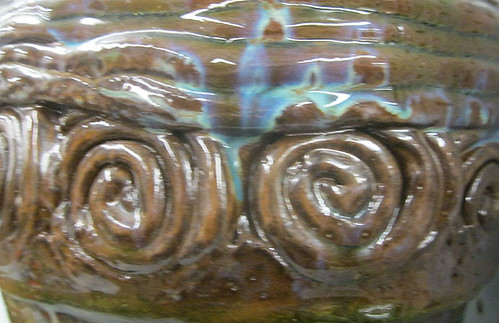 Look, there’s the albumen of the infant cosmos escaping from the microcracks in the shell of creation’s egg. You can tell because it’s blue. 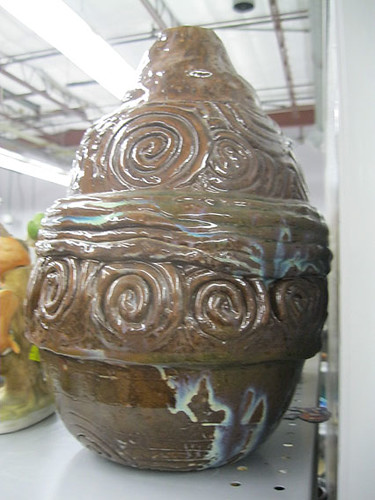 Someone spent an AWFUL lot of clay on this enigmatic lump. I guess clay is pretty cheap, you’re not going to break the bank buying ten pounds of the stuff to sculpt your swirly massive whatever. But if you’re using THAT much clay, you should at least be sure that whatever you’re trying to seal inside isn’t going to leak out and dribble all over the shelf in weird, azure driblets.

My $.02, I’m not asking any artists to get in line here. Just saying, check your seals, people.