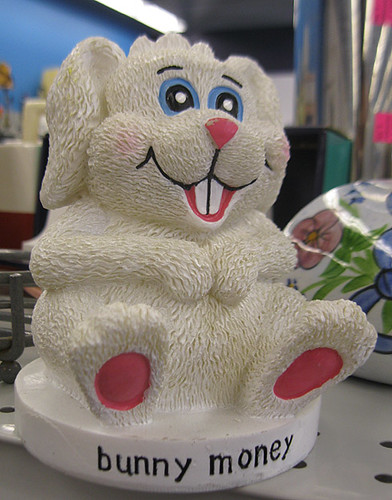 I wanted to take a dremel and open up that big gap in his buck teeth to force-feed him dimes, but that would be falling into the Bunny Money trap. Soon, you start seeing everything as Bunny Money. Spare change after you get a soda? Bunny money. Kids’ college fund? Bunny money. It’s a sickness. 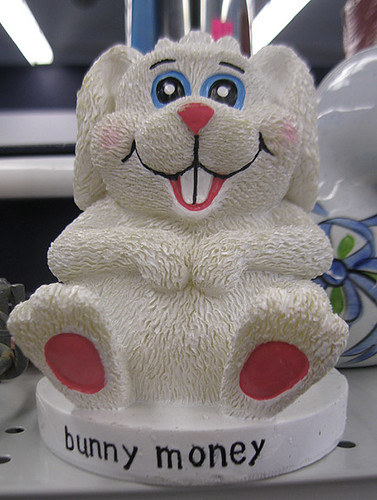 Pretty much every year I get one of these…like the rabbits are calling you to join the dark brotherhood. One of us, one of us. 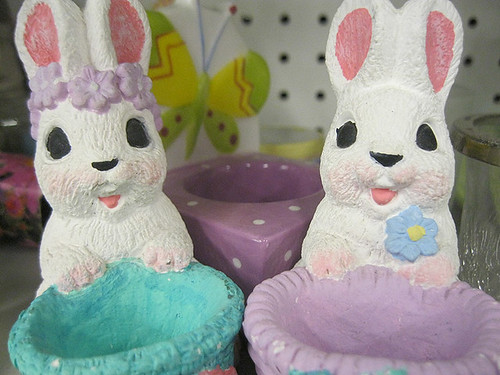 Gaze into the dark pits of their eyes. In their baskets, colorful jelly beans. In their eyes–in their souls–only the abyss. 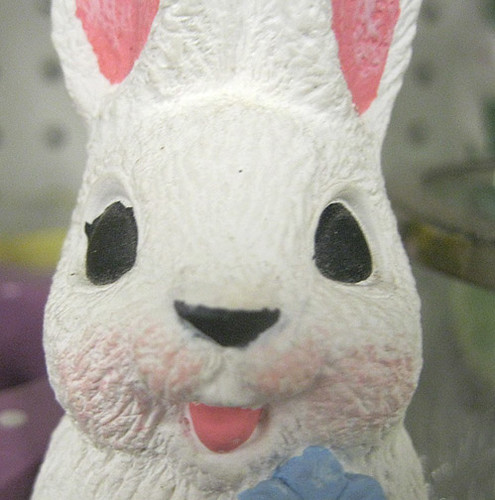 Can you look away? I thought not.