Originally I was going to title this “each candle is unique,” because, well, it’s true. When the artist runs out of crap from his junk drawer, well, it’s time to move on. New pastures. New things to drop into a bowl of mineral oil/polymer gel. 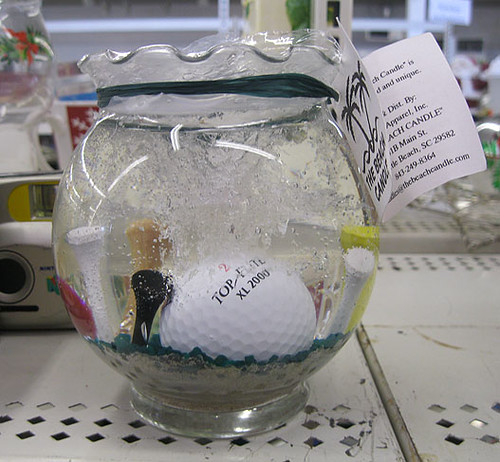 This actually happened to my father once, he was a big golf player. “Son,” he said, “When you set your sites on the hole on the fourth green, swing your club, see that ball fly straight and true and then it lands in a candle, it’s time to put up the driver and go back for a beer.”

What I have learned at Goodwill: transparent candle gel is a curse on mankind. Once it became a public commodity, anything–anything—could get shoved into a candle. Bugs. small rocks. Starlight mints and that wasÂ particularly disgusting. Coffee beans. Uncooked rice. Apricot pits.

Actually, I’m not sure if the bugs started in the candle or just ended up there through natural processes. Maybe they just wanted the rice. 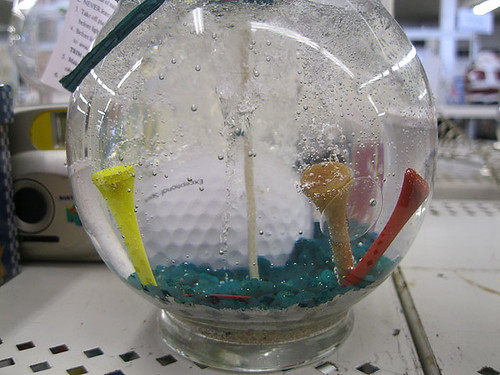 Really should have saved this one for Father’s Day. “Dear dad, instead of letting you escape for the morning and maybe seeing if you showed up before 5 or so, we thought we’d get you this candle to remind you of what you’ll not be doing on this most special day celebrating fatherhood, which is really about obligation. We also got you a tie. Which we also found at Goodwill, funny enough.” 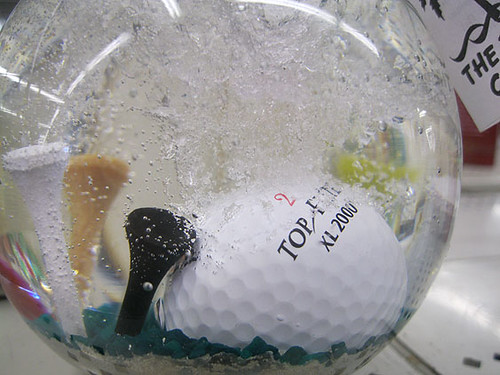