Woah, I needed those

Okay, so I know broken stuff isn’t actually funny, because, OMG broken stuff at Goodwill? Say it ain’t so! Except sometimes it is. Also, I don’t really like angels. 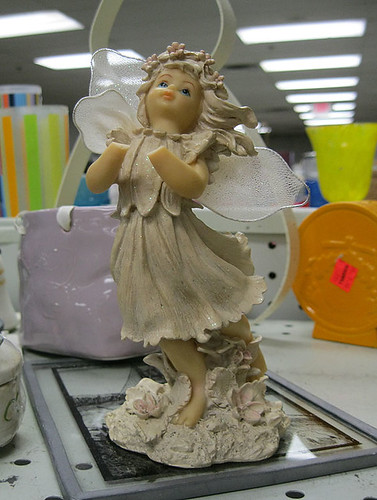 At the end of Peter Pan, you’d clap your hands to bring Tinkerbell back to life. That’d just be, you know, kind of insensitive. Like, “Oh, thank you SO much for that unpleasant reminder. Anyway, I’m alive, I’m just having a startling lack of fingers. So what can you do for that? Maybe hum a little? This audience participation stuff is reallyÂ weak, is all I’m saying.” 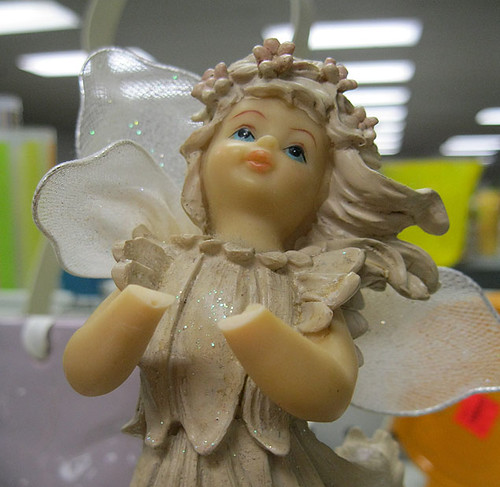 So this was clearly a couple that was made for each other. In fact, they’re one seamless individual unit, so it’s a good thing they lost matching limbs. Nothing…NOTHING…is as distressing as an asymmetrical couple. 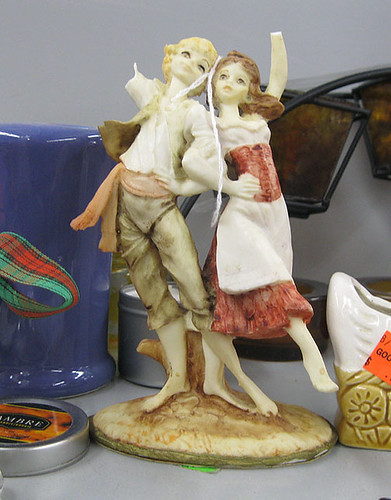 Michelangelo, when asked how he planned out the poses for his sculpture, said something along the lines of “Imagine rolling your statue downhill. If anything breaks off, it probably shouldn’t have been there in the first place.” So, clearly they didn’t reallyÂ need those arms anyway. 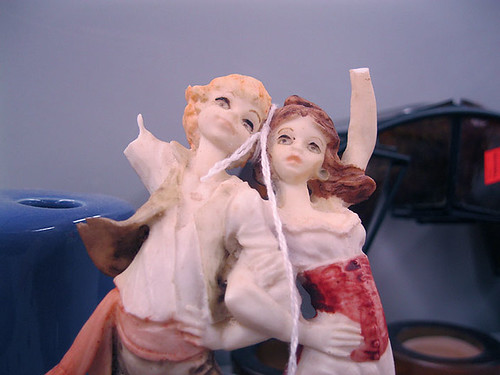 “For our third anniversary, we got matching stumps…”

One Response to “Woah, I needed those”