I think they may be some sort of fungus, with a broad cap. Sort of a puffball, or something in theÂ criminy family. Eventually their caps burst and they distribute their spores across the winds, and they sprout in other, far-away thrift stores, and the cycle of life continues. 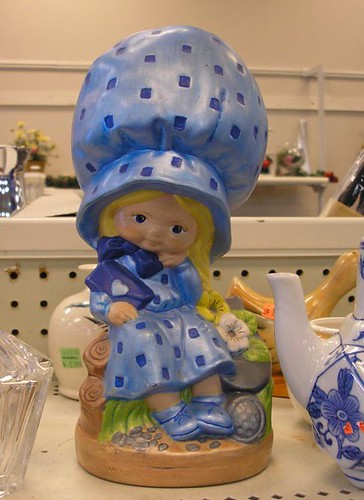 This may be an odd thing to get hung up on, but why is her dress covered in little squares? I guess it had to be covered inÂ something, but they look like Atari graphics. 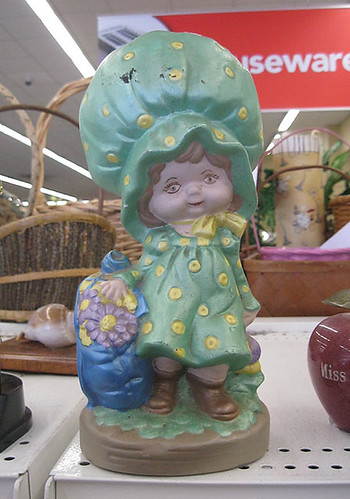 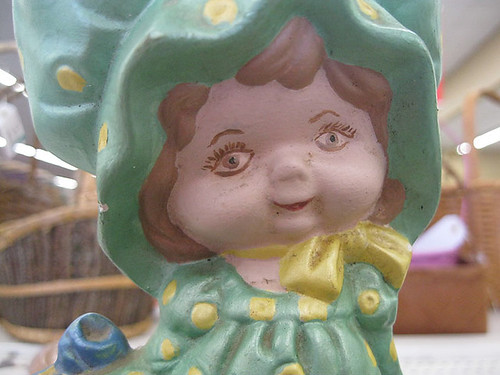 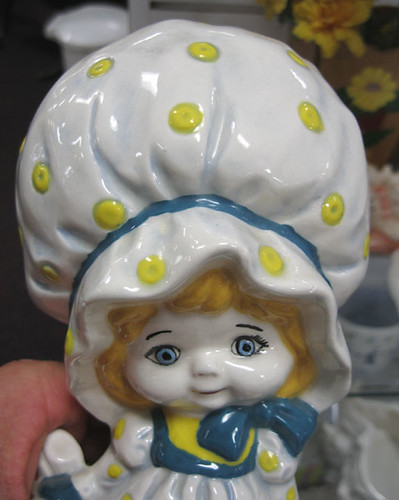 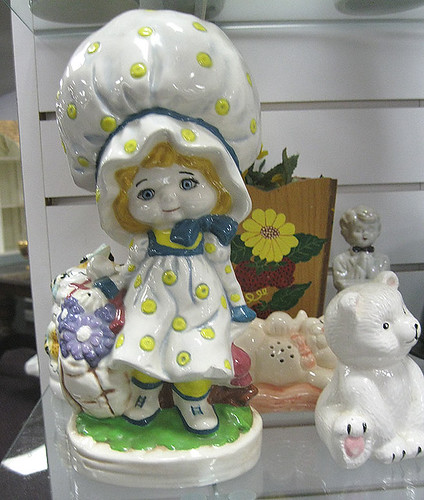 Basically, if I had to describe them in just one word, it’d be some German monstrosity that means “sheeplike and lumpish.” It’d be unfair to compare them to potatoes because taters don’t walk around, they don’tÂ saunter.Â Or maybe mosey. They don’t do that either.