The most disgusting thing.

In the like seven years of Thrifthorror, I have never quite been as grossed out by anything as this critter here. Excluding the occasional used sex toy but that’s practically cheating. It was, of all things, an owl. 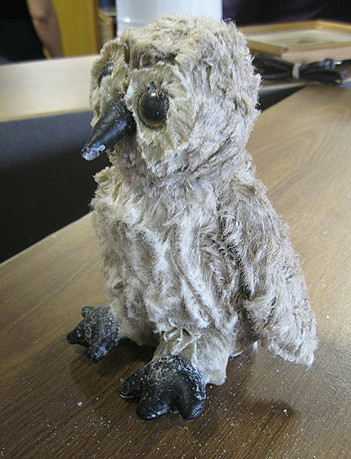 This was not just any owl. It was a magical, crusty owl, with special, magical crusty powers. 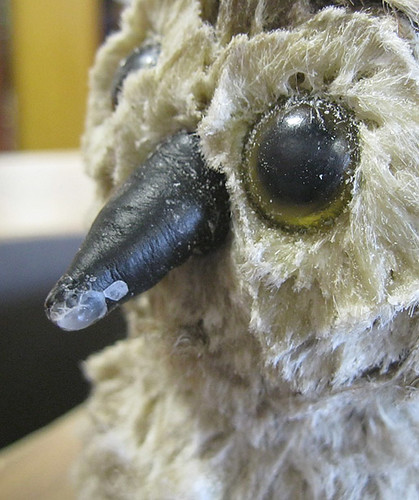 No, I don’t know what that is beading on its nose. Or mucking it’s eye up. It’s whatever happens to owls when they go bad. 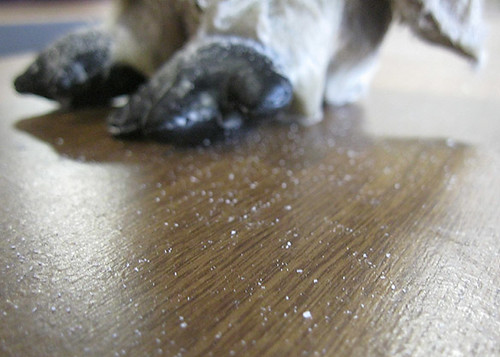 I didn’t do this. That was just scattered around it like…well, like owl dandruff.

I can’t say exactly what went wrong with Mr. Owl. Frankly, it makes no sense to me. It wasn’t a bad little plush owl thing, it probably didn’t deserve whatever happened to it, and what exactly that was will be one of the great mysteries of Thrift. It was maybe dunked in wax, and then hastily brushed out. Why? We don’t know.

Except that wasn’t it, that wasn’t enough. The thing was tacky, like that blue gum teachers use to stick posters to the wall, the kind that doesn’t usually leave a stain (but when it does, it’s bright blue.) A mass of that sticky crap, shaped into an owl and then given two mad, gummy eyes. Ancient eyes, eyes that have seen nothing but pain and maybe a gluestick too close.

It was shedding, of course. A gentle snow of owl dust underneath it. Winter in owl land.

Briefly, I wondered what would happen if you used a razor to push lines of the stuff together and snorted it. Is owl a natural high? Nothing about it seemed natural. It would almost certainly be a bad trip.

Part of this is I have a real hang-up about textures–dusty and sticky in particular, and Mr. Owl was both dusty and sticky, AND soft and squishy. But it was also so very sad. Why? What had it done? It was probably a good owl. Maybe not completely unimpeachable, but it didn’t deserveÂ this.Â  And then, of course, afterÂ this, they put it on the shelf to sell. It’s hard to be an owl. 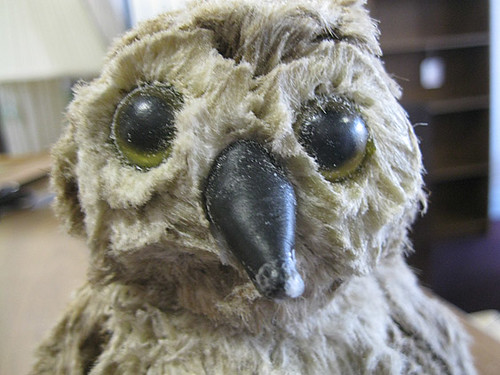 Buy me. Take me home and dispose of me, and that will be love enough.

2 Responses to “The most disgusting thing.”