I have no eyes but I must scream

this may be the single biggest slap in the DIY Plaster Craft industry’s bruised and mottled face yet. 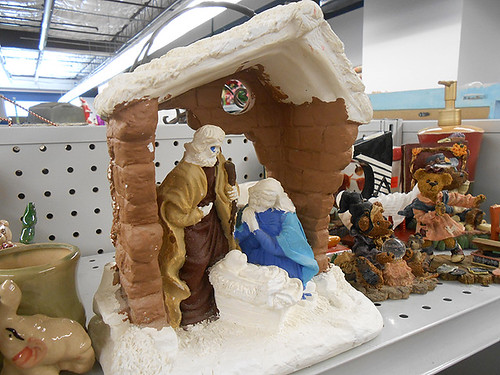 First, pick the most ambitious thing on the shelf. Preferably something with a nice, tight seasonal deadline. Sit down. Clear your mind. Really clear that sucker. Then, because you’ve gotta get this painted, dried and glazed before the shop closes and in time for Christmas, pick up that #24 Wide and let’s make some art! 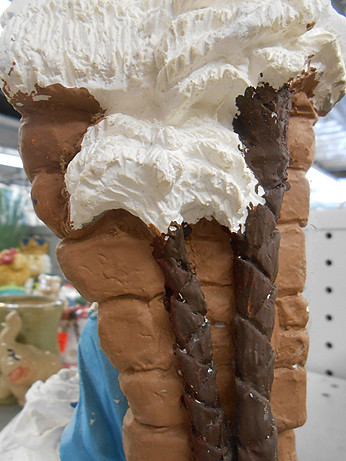 I don’t think the artist can entirely be blamed for this, because there’s nothing s/he could have done that would have prevented Mary from looking like a fat little cabbage patch kid. It would have been GREAT if she hadn’t puffed up her cheeks like that before the artist took the sculpture, is all I’m saying. 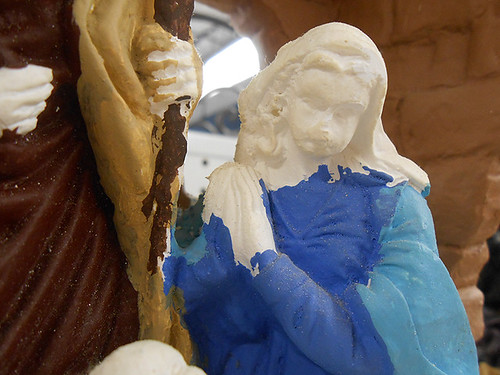 …all of which PALES IN COMPARISON to flame-eyed, undead Joseph.

Let me take a moment to remember why I’m writing this blog.

Sometimes, in a thrift store, you find something that just flat out boggles the mind. “Wha–why?” you say. “Why is it on the shelf? Wouldn’t it be kinder to knock it onto the floor and jump on it a few times? Or put it in the toy section? Either way, out of sight, out of mind, out of misery. No? $12.99? Well…okay…” *walk away shaking head*

For me, Joseph is a moment of Christmas affirmation. 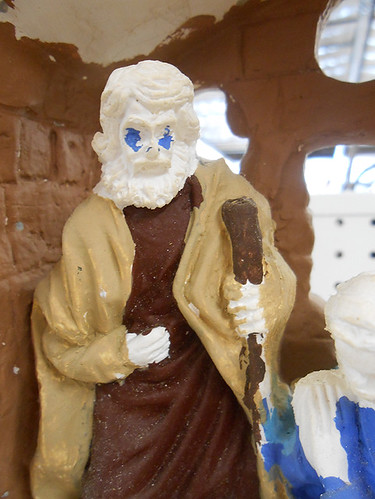 I don’t know what happened to make spiraling blue flames leap from his corpselike eyes, but I do NOT want to mess with this Joseph. Wise men best avoid him.

On a lighter note, from my “lost in Nativityland” fetish file… 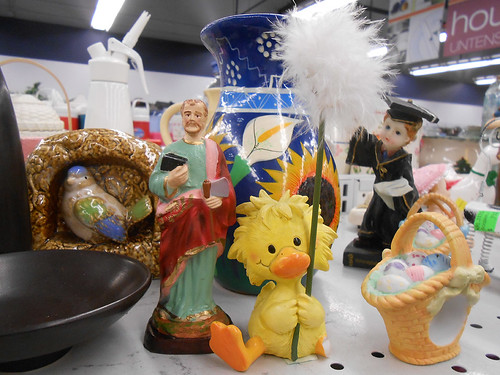 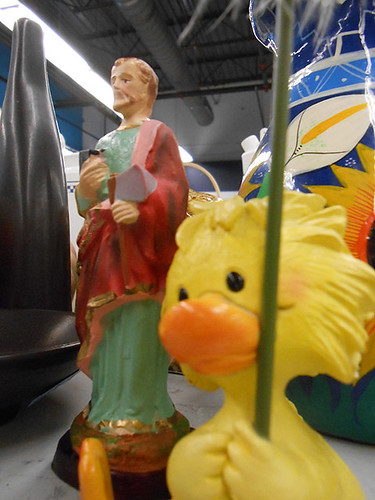 Somewhere along the road to Bethlehem he made a wrong turn, and faced the truth. He may be the Messiah, god on earth, love’s pure light, blah blah blah, but at some point it’s all going to come down to chocolate bunnies. 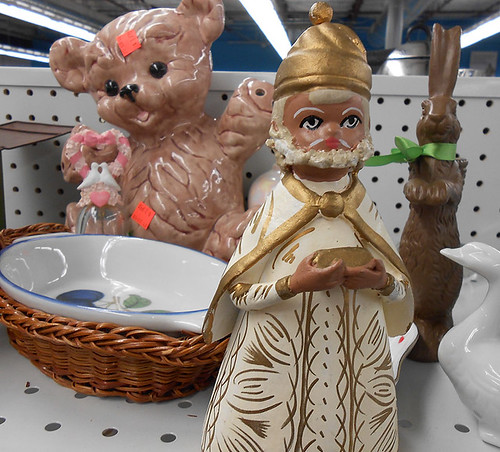 Surprisingly, but not really, all from the Goodwill on Metric and 183. Oh Metric. You do still love me. Let’s go to Textiles and Linens, there’s nobody there and the sheets are clean…