Perhaps you’ve grown up thinking of snow as light and feathery. The kind of thing that drifts from the sky, breezes around a bit, then settles in such a way that heroes in a few winter-themed action movies or Christmas flicks could use it to break a particularly bad fall.

This really isn’t that kind of snow. 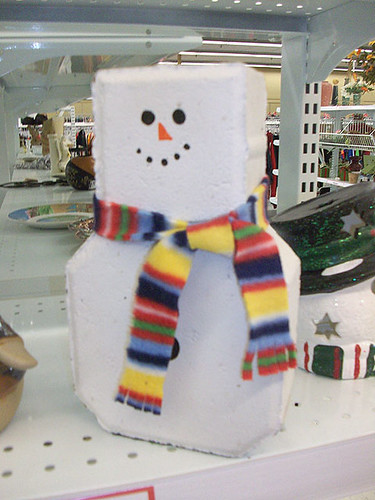 If someone skied Â through this snowman, they would beÂ effed up beyond easy recovery. A kid casually pushing this snowbeing over on a friend–if they could, I have my doubts–would be short a friend, and there would be little or no forced hollywood laughter, mostly a visit to the ER and some therapy for recurring yuletide flashbacks. 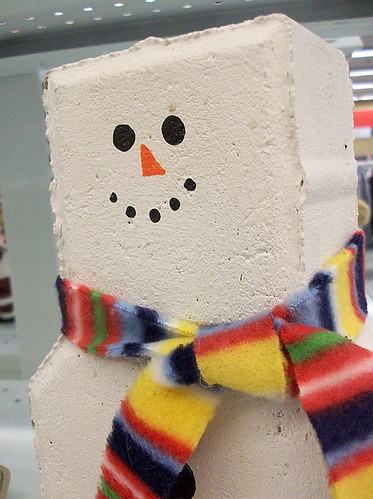 I don’t have much to say about this tree, except that it appears to have escaped from either Whoville or the background imagery from “A Charlie Brown Christmas,” or both. 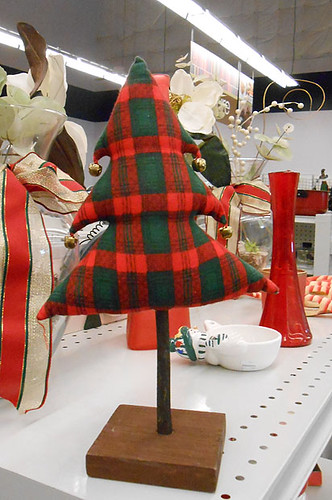 Not really horrible, but kind of sad and forlorn on its own, a forest of one.

There’s a Father/Son, Bear/Cub, Chris/Kringle thing I do not want to get into at work here. 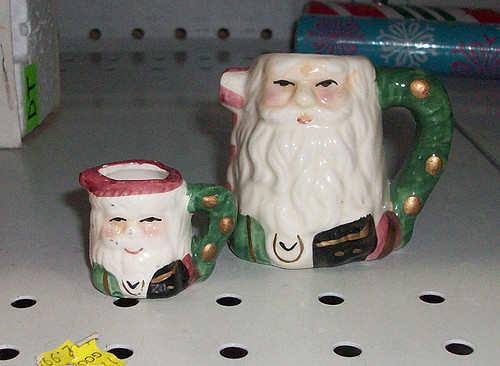 They even have the same creepy little neck thing going on. What is that, a skin tag? It looks just a little obscene. Can you please pour my nog into aÂ not Santa cup? I know it’s only once a year, but maybe that’s too much. You drink out of him.

But they wear protective eyewear. 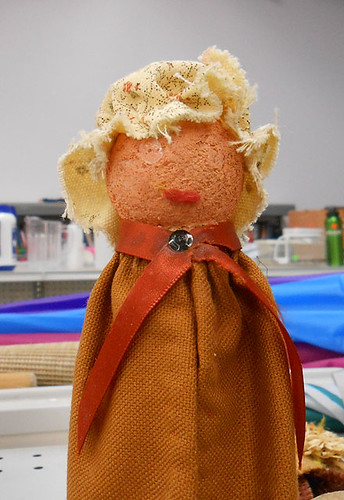 Poor Shepherd. Nobody told her. I mean, even MARY wears sunglasses when she changes the Baby’s swaddling (manna, if you’re curious, but no-one takes him up on it).

2 Responses to “Short and weird”