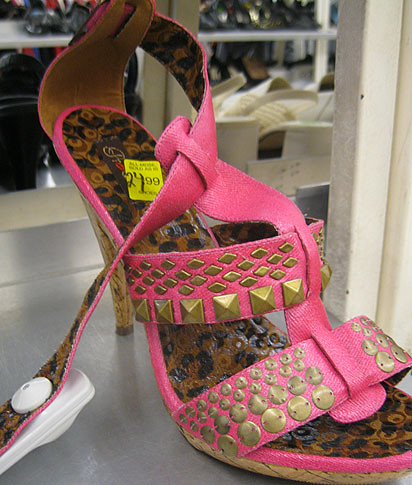 Now, this one isn’t reallyÂ that terrible. At least, it’s nothing to write home about. Think of it as an aperitif. Imagine turning the aisle at Thrift Land and seeing row upon row of gaudy, ill-matched and strange shoes. No theme beyond a certain level of kitsch. No pattern beyond, well, snakeskin. It was like Cinderella, but if Prince Charming had seen these on the steps of the palace, he would have said, “eh, pass…” and the story would have been much shorter. 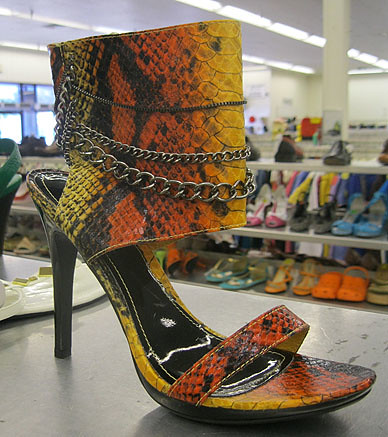 That’s one ankle that’s NEVER going to escape. Later, a collector of film memorabilia snapped this one up to round out his collection of props fromÂ Snake Women of Mars. It was a good day all around.

Now, I’m not going to say any one shoe in this collection was particularly horrible. Well,Â this one is. No, it’s more the effect of a full aisle of them. Anyway…more Wednesday.