And yet, more shoes

One unanswerable I had about this one, a robust “firefighter” style boot, is whether or not it was designed covered in a thin layer of grime. It’s not out of the question, the 80s had pre-distressed denim to answer for. Maybe these were meant to give a sense of street cred that was otherwise lacking in this garish and rococo collection. 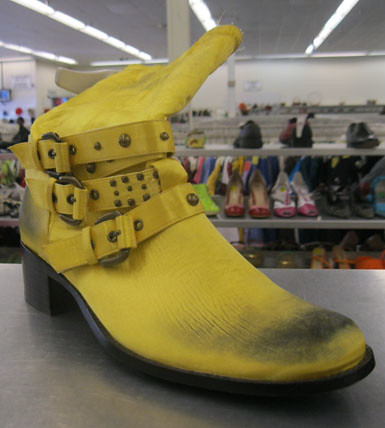 One of the best things about this photo–besides that it’s of a shockingly yellow galosh that believes it’s attractive somehow–is that you can see much of the rest of the collection behind it. An army of shoes. They are tacky, and they are legion.

The next one is from the “pretty in gingham” collection. If you want to trip smoothly from a night on the town to a quilting bee, we have the shoes for you. 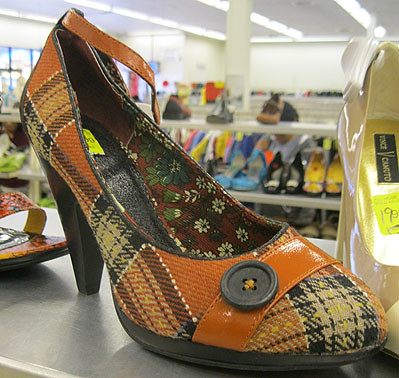 If you put your toes together, they look like eyes :(

This last one is very special to me, because it looks so much like the delicious, thin-sliced roast beef of a Philly cheese steak. Though, note pricetag, it’s probably a Boston Market cheesesteak. 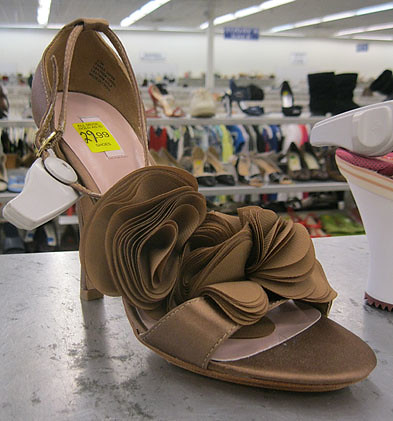 If creepy cartoonist Gahan Wilson designed a pair of fancy dress shoes, this would unfortunately be them, with lobes and wrinkles and peculiar off-putting whorles. Again, there’s a strangely tonguelike element here. Imagine them gently waving like beautiful anemones, tendrils out, seeking prey. Presumably very much like its wearer in that regard.

One Response to “And yet, more shoes”