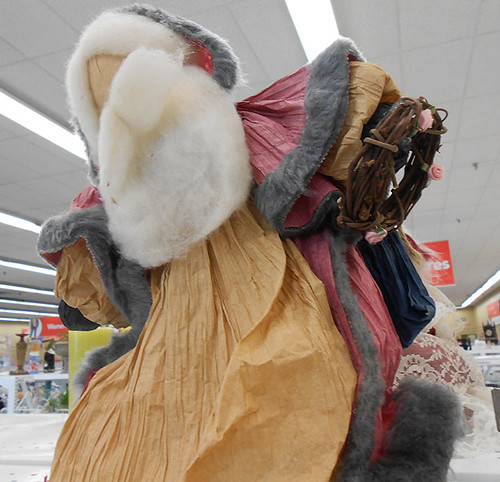 Okay, for an old guy made of cornhusks and a ping-pong ball wrapped inÂ mache, he’s pretty darn joyful. There’s a whole lot of happy motion here, and that’s pretty neat. He only barely makes our high standards because, besides being weirdly faceless, someone went and trimmed him with sequins, and suddenly we’ve stepped in Liberace and are tracking that stuff all over the living room. 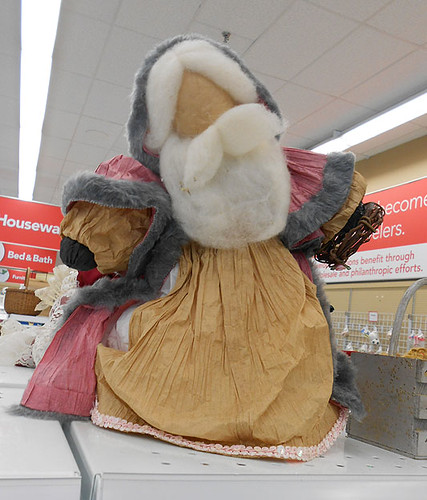 Okay, done. Back to horrors. 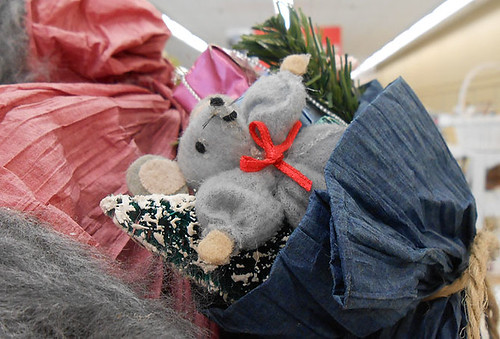 Hey there…come to this chimney often? 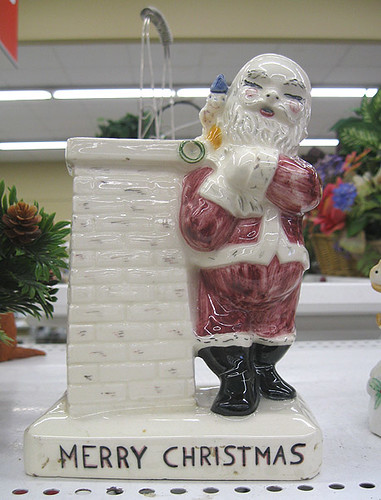 Creepy Santa isÂ extremely creepy. How can anyone make a roof feel like the wrong side of town? I feel like he’s about to proposition me. Some horrible line about sliding down a chimney, and I haven’t had NEAR enough eggnog for a line like that. There isn’t enough nog. 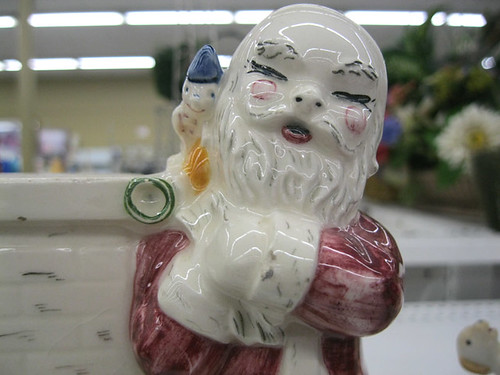 “Come on…you know it’s only once a year…”