I meant to do this one last night, but there was an army of costumed lunatics in my house and now there is apple cider on the ceiling. I don’t even know how that happened. Anyway. Boo!

This is REALLY SCARY if you’re an aubergine. I bet she haunts the dreams of eggplants in the night. Many of us, of course, are not eggplants, but just for a moment, put yourself in their shoes. 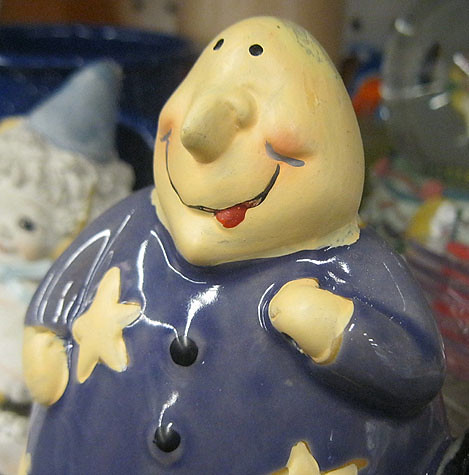 I’m not sure how applying starfish to her–her?–shapeless smock is part of the mythology. As we’ve established, I’m not an eggplant. Maybe they were originally aquatic creatures and have a primal response to them. Starfish are dangerous! They can crack open an eggplant in, like, 30 seconds and digest it from the inside out. Scary stuff. 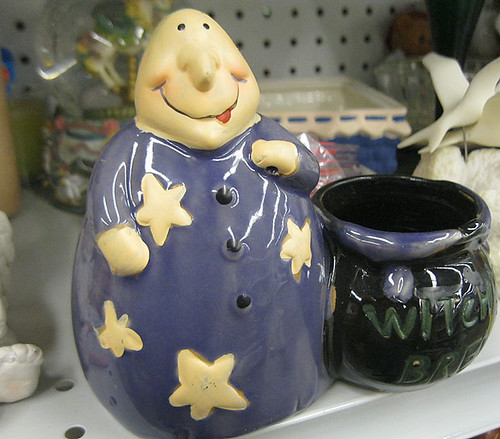 You don’t want to know what’s in that pot… 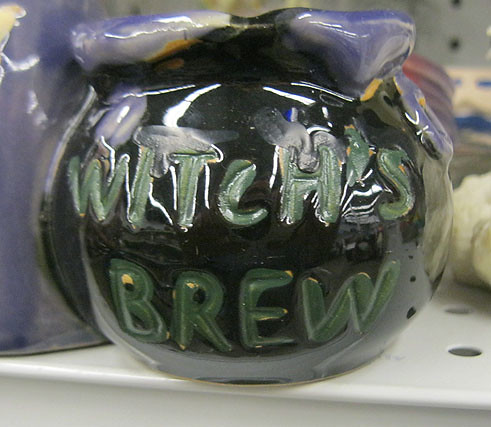