Not actually a WEARABLE shoe.

I’ve got this massive pile of shoe photos that I really want to share. This isn’t one of them. I pity anyone who tries to wear these, it looks more like they were made for, I dunno, a deer, a horse, maybe an unusually dressy little pig. Maybe a fetching little number from the “My Little Pony” fashion collection. Ignoring the fact that they’re made of clay (don’t judge the medium, just the concept…) you’d have to take all these awkward little tiny steps. Sort of a “these boots were made for mincing” thing. 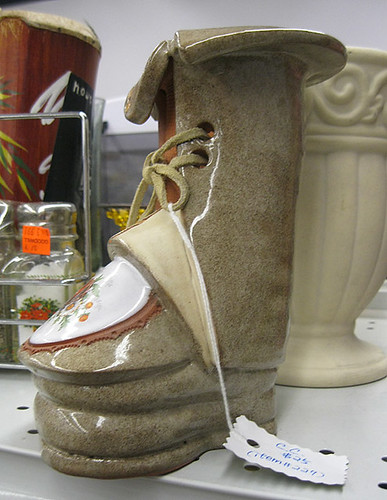 Magnificent. It’s like someone made footwear out of a stack of silver dollar pancakes, then slathered everything down in bathroom grouting compound.

Look! Tiny hearts! They ARE My Little Pony shoes :) 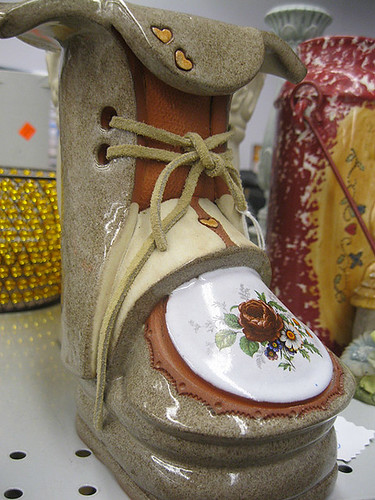 If you cross the Granny Mafia, this is the shoe you Â you’ll find yourself in. Oh, it’ll still drag you down to the bottom of the river, but with some nice little crafty touches. Concrete boots served with a scone on a doily, and a little smear ofÂ marscapone.Â 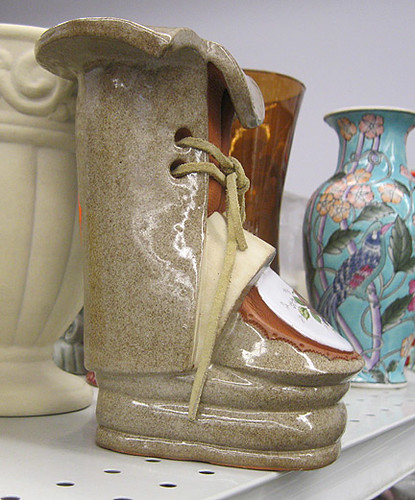 Somewhere, there’s another one of these in a thrift store, waiting for its life mate. There’s a Disney animated feature in this, I know there is.

2 Responses to “Not actually a WEARABLE shoe.”