Thought number one: If you make a piggy bank that just anybody could get into by lifting the lid, you’re really not making much of a piggy bank. It’s more of a coin bowl at that point, hardly conducive to fiscal responsibility at all.

My second thought was, “or maybe someone just REALLY wanted those pennies, and had a dremel and a lot of patience.”

Either way, it’s the pigs that suffer. 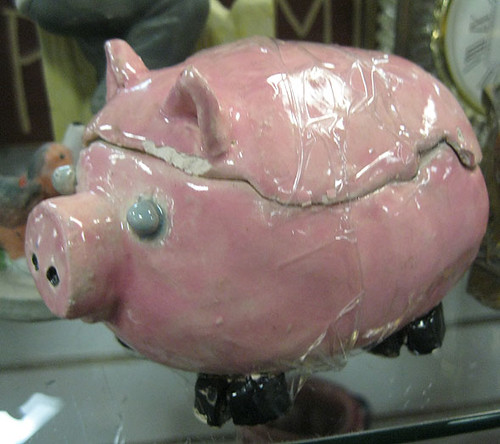 Sadly, with the amount of packing tape wrapped around this thing, I was unable to see what magic was inside a pig. Probably Hope, trapped in a box for thousands of years. Nobody would think to look for hope inside a pig. Scrapple, perhaps, but not hope. 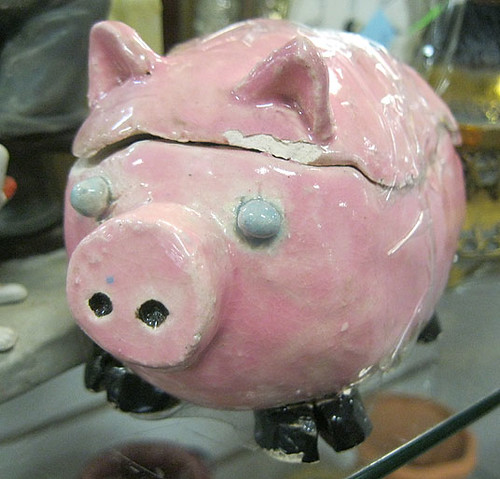 Those are great eyes. Pigs shouldn’t have creepy blue eyes like Daniel Craig. Because then I would be confused, as Mr. Craig’s eyes areÂ amazing, and if the pig would then go on to speak in a clipped British accent I would have some serious internal discord. 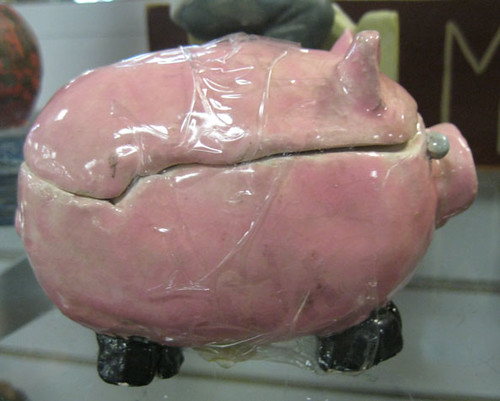 What has been done to this pig cannot be undone :( He seems happy though, maybe they just took a few pieces of bacon and left him alone. I guess a pig like this you can’t eat all at once.
Salvation Army on South 1st and Ben White, Austin