I’ll call it “Sunset under the Jersey Bridge.”

If this is a landscape, and if it’s actually a real place, their department of travel and tourism needs to work on its messaging. 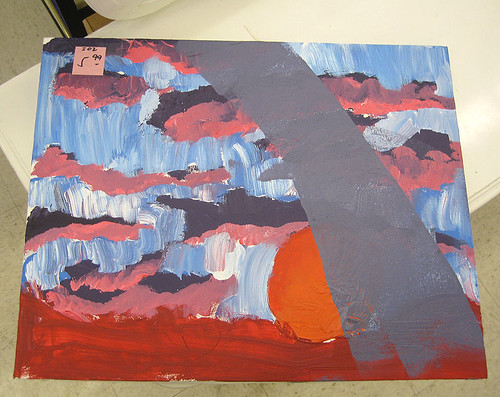 “And the angel of the Lord broke open the fourth seal, and a third part of the seas were filled with blood, and the clouds were also filled with blood, and a great bevel-emboss fell upon them, and the peoples of the 12 tribes were unsure of whether the skies were up or down, and a great cry rose up. The fifth seal was broken, and a plague of 50% gray primer came upon the skies, and the land, and the seas, and the people were unimpressed.”

“Also the sun was a giant grapefruit, round and ripe, but that was on the whole fairly normal for a Thursday.”

2 Responses to “I’ll call it “Sunset under the Jersey Bridge.””