I don’t know if this is referring to a period of time or making a bold philosophical or possibly religious statement. Since I’m writing this at 9 during an unusually brutal week, I’m going to assume that this semiformless mass of phlegmatic unpleasantness, much in appearance as a couch from a 1980s motel balled up and thrown away like a tissue, is a commentary on mornings. 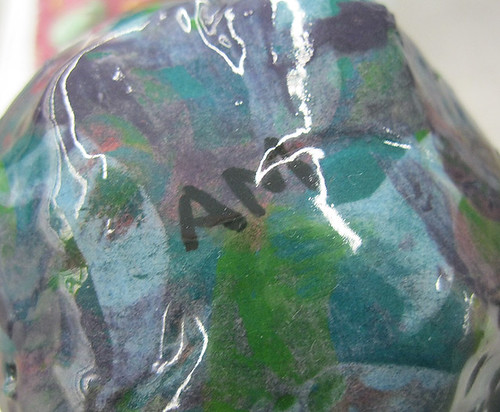 This, inarguably, ams. I mean, it has mass, about a quarter pound or so. It wasn’t solid, there was something rattling inside it, but still. And it takes up space. At least, I think it does, it was at Savers for two weeks, I don’t know where it went afterward. Life is full of these little mysteries. So it’s qualified to “AM” as much as it wants, I’m pretty sure it existed, at least to the same degree that any inanimate object does.

Do not stare too deeply into its depths, though. Because you’d look silly holding it up to your eye, and it’s dark in there. 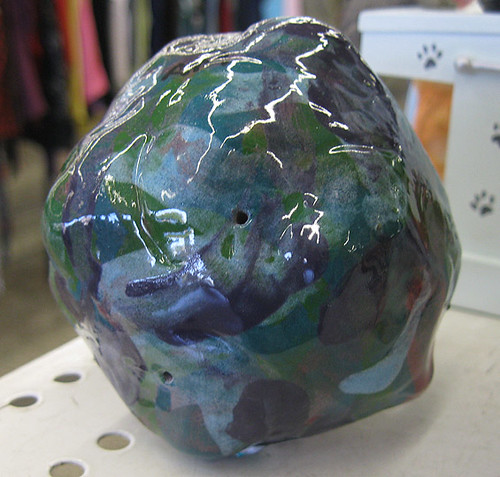 I think this may actually be the world’s least efficient toothpick holder. Seats two, as long as one is kind of short. The other one will be lost inside the thing forever if it’s held improperly. I guess that’s what the rattling sound was.