I’d say “sorry for the quality of this photo,” because it was black on black and at a funny angle and about five feet higher than me and it’s pretty damned strange anyway, but I’m just going to chalk this up to “UFO photography” and be done with it.

The aliens are coming, and they’re sending their plumbing. 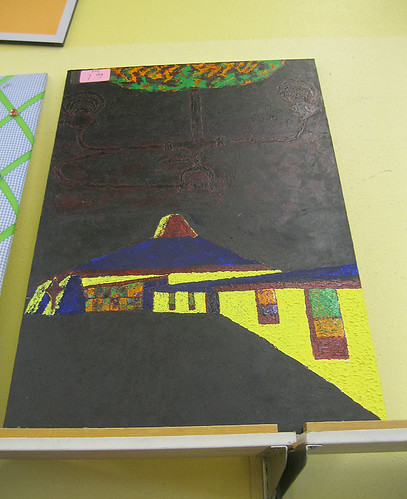 So, I know, that’s pretty hard to make out. First off, you’re dealing with a world where the contrast was turned up all the way, then, you know, get out the pliers, crank it up to 11, see if the dial breaks off. It’s actually a clever idea, very energy-efficient, you can read pretty well just by standing near the paint job.

But this noble eco-friendly effort is being threatened by…I don’t know, it’s either an alien U-bend and disposal system or a planet-sized ovipositor. And I’m really hoping it’s not the latter. 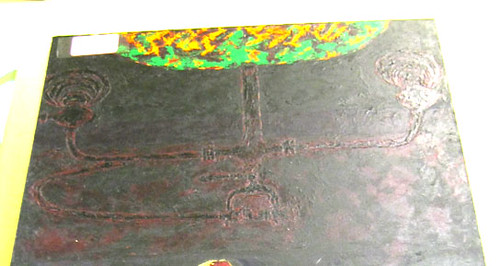 I don’t know what that is, but I sure hope it bought the Earth dinner first.