EEEEEeeeeee!!!!! These are the best flowers EVER!!! And I’ve been shelved under “brick-a-brack?” How cool isÂ that?!? Yes! Markdown! 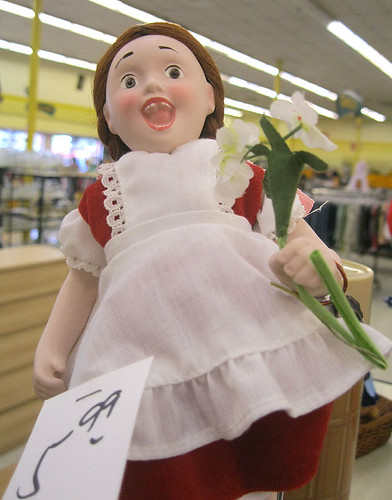 I’ve never met anyone who was THIS happy to be $5.99. Except someone who was originally $2.99, and got the upgrade package.

So, that scene in Peter Pan? The one where you just thought of a wonderful thought, and the surly bonds of earth released you from their leaden grasp, and you frolicked through the clouds? She’s living the adventure. In fact, you could probably use her to take down a Soviet missile as a part of Reagan’s “Gingham Wars” program, where REALLY EXCITED dolls rocket across the skies in the cutest cold-war program ever. 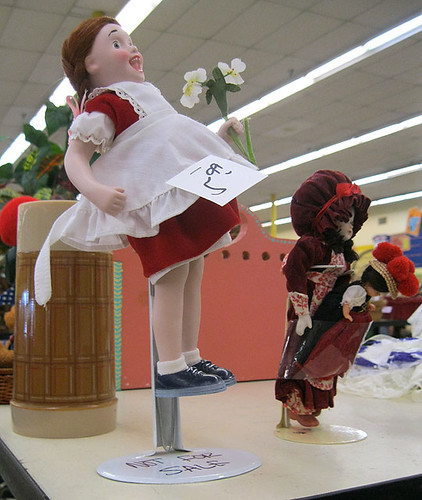 Sort of like a militant Pollyana. You’d better just take the bouquet, smile and nod, and hope she leaves before she breaks out in a musical number. Those things never come out of the furniture.