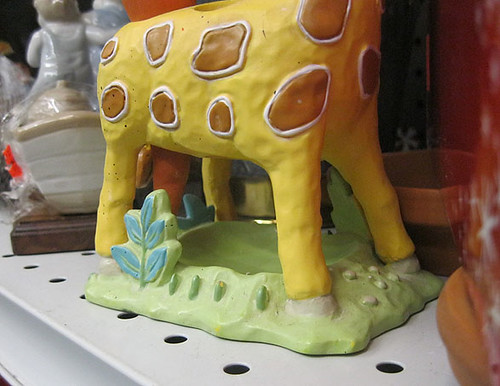 Maybe what you were thinking was, “Why don’t third-world countries use giraffes to store their surplus giant carrots?” In which case Goodwill is, as always, thinking right along with you, and perhaps you should go found a new religion or something, because your talents areÂ wasted on reality. 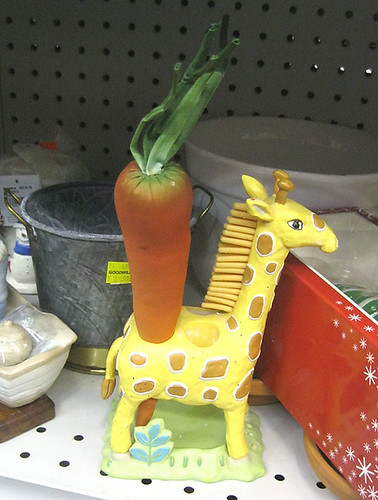 Of course the obvious problem is that nobody will ever find a perfectly-matched pair of slightly smaller giraffe-scale carrots. And then theÂ feng shui of the entire thing is totally off. 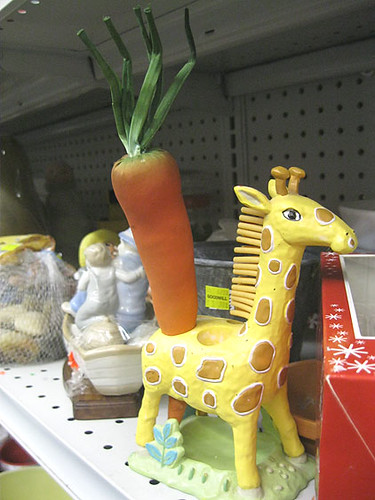 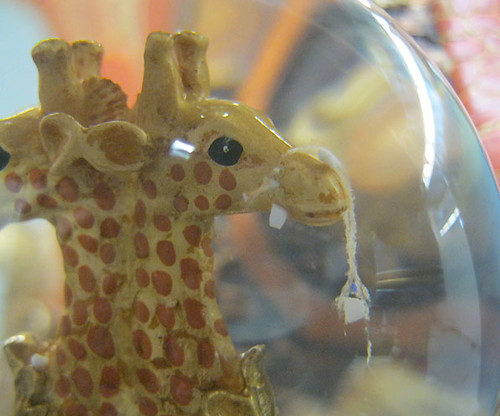 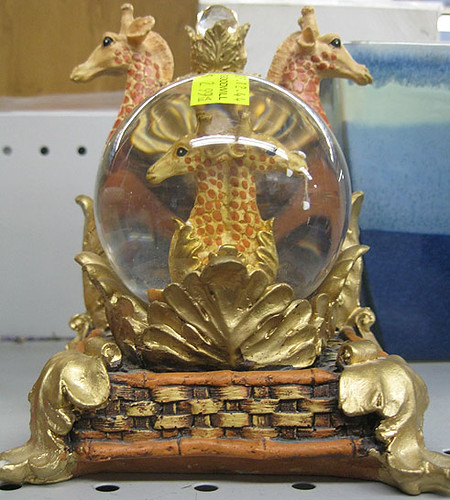